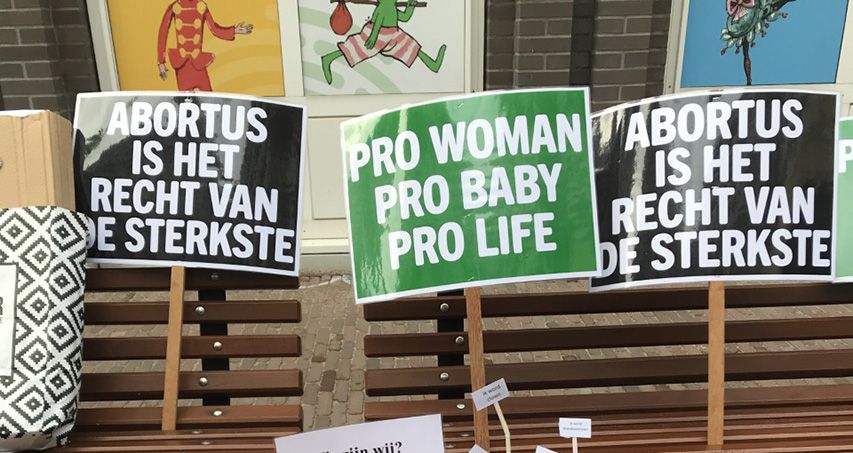 On 2 February, members of Dutch parliament discussed the prososal of secular politicians to delete the 5-day reflection period when considering an abortion. Although surprisingly some non-Christian parties (in the end they also have common sense) appeared to be against, the bill was passed with a large majority. Next step now is discussion and voting in the Senate.

On 9 February, members of Dutch Paliament discussed about the pro’s and con’s of prescription of the abortion pill at the General Practioners office.

Members of ‘Choose Life’ and ‘One of Us’ were present to inform the members that this is not a good idea for the following reasons:

Voting for this bill will be in the coming weeks, but also in this case, we fear that there will be a majority for this bill as well.