The abortion fight against science 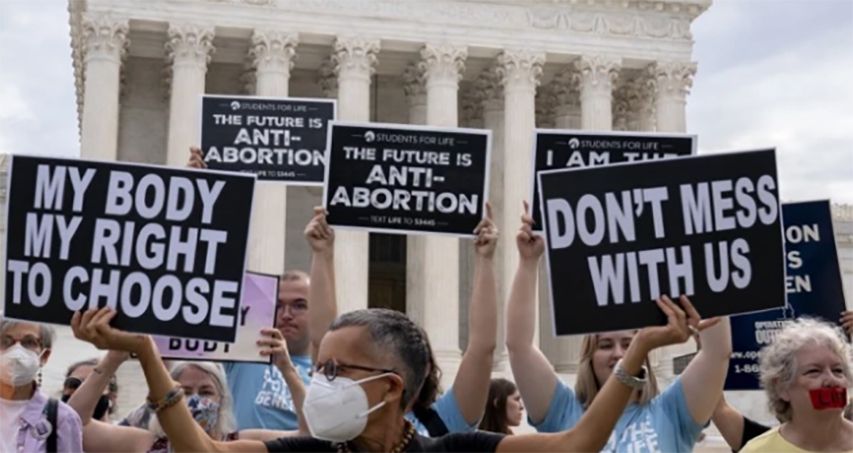 For many women facing an unexpected or difficult pregnancy, having an ultrasound is a moment that changes their lives forever. Hearing their unborn baby’s beating heart and seeing their child moving and even making faces on the screen is enough to remind them that their child is a wonderful and precious human being deserving of protection.

The pro- abortion movement doesn’t want parents to know this. Just last week, Stacey Abrams claimed that «there is no such thing as a heartbeat at six weeks. It is a manufactured sound designed to convince people that men have the right to take control of a woman’s body.» Medical professionals and pro-life advocates like us are appalled by the Left’s outright denial of decades of science and medical consensus. Science tells us intricate details about the unborn, such as that at six weeks, unborn children have heartbeats with an average rate of 110 beats per minute. At 10 weeks, their unique fingerprints are forming. By 15 weeks, the baby’s heart will have beaten nearly 16 million times, they can be seen sucking their right or left thumb, and they feel pain.

Even abortion giant Planned Parenthood acknowledged on its website until recently that during the fifth and sixth weeks of pregnancy, «A very basic beating heart and circulatory system develop.» Tellingly, the organization quietly edited its website to say instead that at five to six weeks of pregnancy, «A part of the embryo starts to show cardiac activity. It sounds like a heartbeat on an ultrasound, but it’s not a fully formed heart — it’s the earliest stage of the heart developing.»

After years of accusing pro-life advocates of being «anti-science,» the pro-abortion movement turned aggressively on well-established scientific consensus and began rewriting the truth regarding fetal development.

The reason for this dystopian reeducation is obvious. The facts about life before birth, revealed by science, speak for themselves and make the most compelling argument for the humanity of the unborn child. Polling shows that 90% of Americans oppose abortion through all nine months of pregnancy. 72% would limit abortion after 15 weeks — a point by which the unborn baby feels pain and at which 47 of 50 European nations have placed some limits. Despite this powerful public support, many pro-abortion politicians refuse to back any protections whatsoever for the unborn. Instead, they are pushing federal legislation that would force all 50 states to allow excruciatingly painful abortions on demand up until birth — oh, and make taxpayers foot the bill.

To try to make such extremism more palatable, these activists have to distort reality by redefining basic terms and science. The Left’s heartbeat denialism is just one of many episodes that demonstrates the depths pro-abortion zealots will stoop to at the expense of innocent lives. However, while the pro-abortion movement spreads harmful misinformation, more than a dozen states have laws in or coming into effect soon that protect unborn children, saving potentially 200,000 lives annually.

Acknowledging the beating hearts of the unborn, refusing to subject them to a cruel and painful demise, is a starting point  to recover its heartbeat of life and liberty for all, too.