Support for euthanasia declines when the matter is thought slower 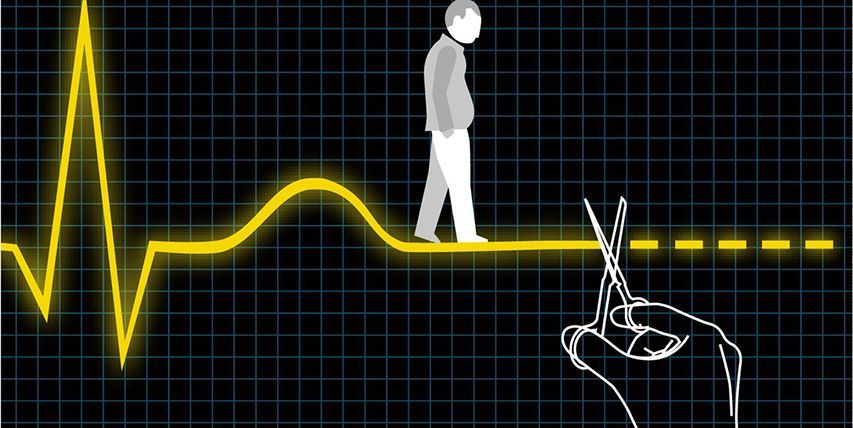 Many polls in different countries give a majority of the public in favor of legalizing euthanasia. But things change if, instead of asking a generic question, people are asked to consider specific situations that bring out the complexity of the matter, as Dominic R. Mangino and other researchers have verified with a study that will appear in The American Journal of Geriatric Psychiatry.
They surveyed a representative sample of the American public on whether the law should allow euthanasia in the following case: patients with dementia who have left instructions to be killed if they were to suffer a total loss of autonomy and no longer be able to recognize their relatives.

The first step was like a common opinion poll: participants were given a description of the lives of people with dementia and asked if euthanasia should be legalized for those who had requested it in advance.

The researchers rated the responses on a five-grade scale, from «strongly disagree» to «strongly agree.»
A result similar to those of the published polls came out: a majority of 54.4% in favor of legalizing euthanasia. 23% spoke against it, and the remaining 22.6% did not decide on any option. 35% of those in favor of euthanasia changed their position after considering a specific case
The second step began by giving them reading 1,715 surveyed a case of euthanasia in a patient of this gender (with dementia and declaration of advance directive). The researchers prepared six possible scenarios and distributed them to the participants at random.
They are the following: 1. The person with dementia recognizes some relatives but not all. 2. Despite having left instructions for euthanasia to be applied if necessary, the patient, already with dementia, says that he does not want to die 3. The person does not present suffering apparently. 4. Unable to understand what happens when euthanized. 5. Before euthanasia, the patient is sedated without realizing it. 6. When they are about to give the lethal injection, the person seems to resist.
They then asked the participants two questions: 1) Should euthanasia be allowed in such a situation? 2) Suppose that euthanasia were legal and therefore authorized in such a situation. Would you then be for or against legalization?
Responses were ranked on the same scale as before. Opinions not reported It turned out that a considerable proportion of respondents changed their position after considering the proposed situation.
Those who were doubtful In the first part of the survey, they were the ones that changed the most: 37% began to reject legalization, and 16% to support it. 35% of those initially in favor of legalization began to doubt or reject it. Those who changed less at the beginning they declared themselves against legalization: 22% became doubtful or favorable. Support for euthanasia declined in all groups of participants after considering the proposed situations. Acceptance of euthanasia fell more in the cases raised than acceptance of euthanasia in general.
For example, of the respondents who considered the case of apparent lack of suffering (situation 3), those in favor of legalizing euthanasia went from 53% to 43.5%; But there were even fewer who deemed euthanasia admissible in this case: 33%. The greatest variation occurred in those who considered the case of those who say they do not want to die (situation 2): support for legalizing euthanasia dropped to 36.5 %. The smallest decrease, at 49.3%, corresponds to the case of lack of awareness (situation 4). In this, the authors note, there is a difference between the public and physicians: for them, the fact that the patient cannot understand what is happening can be a frequently alleged reason for not executing the advance directive. Overall, the opinion favorable to legalize the euthanasia fell from the initial 54.4% to 41.6%. The opposite position rose from 23% to 35.3%. The proportion of doubtful people remained practically the same.
The authors conclude that the results of the polls do not reflect sufficiently considered opinions. Euthanasia is a complex issue, “with a multitude of different difficulties”, and the public is often not well informed when simply asked whether it should be legalized.