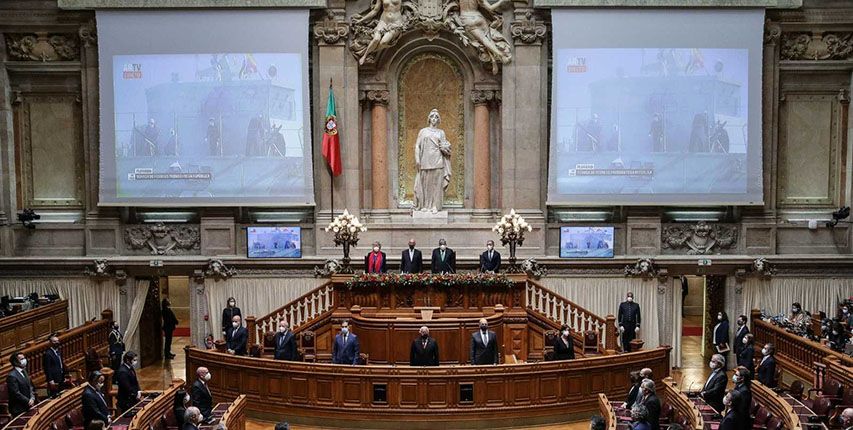 DOWNLOAD STATEMENT
1. The Constitutional Court has just transmitted to His Excellency the President of the Republic the judgment ruling on the request for preventive control of the constitutionality of several rules of Decree No. 109 / XIV of the Assembly of the Republic – insisting on paragraph 1 of article 2. o – concerning the conditions under which the anticipation of medical aid in dying is not punishable and the consequent modification of the Penal Code submitted to it by the Head of State.

2. The Court has ruled, by a majority, on the decision which you have just heard, the essential aspects of which making it possible to understand its scope are mentioned in the simplest and most complex manner. clear possible.

3. It should be recalled that under this article 2, paragraph 1 – which is the rule which establishes the power of the legislator not to penalize the anticipation of medical aid in dying, when it is practiced under certain conditions. conditions -, a person can only call in advance for non-punishable medical aid in dying as long as he complies with each of the conditions provided for in this article, among which it appears that such a person is «in a situation of suffering intolerable, with definitive injury of extreme gravity according to scientific consensus or an incurable and fatal disease ”.

5. The Court considered, first, that it was essential to consider the rule set out in Article 2, paragraph 1, as an inescapable whole.

6. Secondly, the Court examined – after concluding in the negative – the question whether the inviolability of human life enshrined in Article 24, paragraph 1, of the Constitution constitutes an insurmountable obstacle to a rule such as than that of article 2 .o, paragraph 1, in question here, which allows the anticipation of medical aid in dying under certain conditions. In this regard, the Court held that the right to live cannot be transformed into a duty to live under any circumstances. In fact, the conception of a person proper to a democratic, secular and plural society from the ethical, moral and philosophical point of view, which is the one welcomed by the Constitution of the Portuguese Republic, legitimizes that the tension between the duty to protect life and respect for personal autonomy in extreme situations of suffering can be resolved through politico-legislative options made by democratically elected representatives of the people, such as anticipating medical assistance in dying on demand of the person himself. Such a solution requires the establishment of a system of legal protection which safeguards in material and procedural terms the fundamental rights in question, namely the right to life and personal autonomy of those who request the anticipation of their death. and those who collaborate in it. For this reason, the conditions under which, within the framework of this system, the anticipation of medical assistance in dying is admissible, must be clear, precise, predictable and controllable.

7. Third, and concerning the first question of constitutionality raised by the President of the Republic in his request for preventive review, the Court considered that the concept of “intolerable suffering”, although indeterminate, can be determined in accordance with the rules. profession, it cannot therefore be regarded as excessively indeterminate and, to that extent, incompatible with a constitutional standard.

8. Fourth, and with regard to the second question of constitutionality raised by the President of the Republic in his request for preventive inspection, the Court understood that the concept of «definitive damage of extreme gravity according to the scientific consensus» , due to its imprecision, does not allow, even taking into account the normative context in which it fits, to delimit, with the necessary rigor, the life situations in which it can be applied.

9. Due to this insufficient normative density, which affects one of the conditions provided for in Article 2, paragraph 1, of Decree No. 109 / XIV of the Assembly of the Republic to access the anticipation of the non-punishable medical assistance in dying, the Court concluded that the rule contained in this article was found to be incompatible with the principle of the determinability of the law corollary of the principles of the democratic rule of law and the reservation of parliamentary rights, arising of the combined provisions of Articles 2 and 165 (1), paragraph b) of the CRP, with reference to the inviolability of human life, enshrined in Article 24 of the same Basic Law.

10. In these circumstances, the Court held that paragraph 2 of Article 2 of Decree No. 109 / XIV of the Assembly of the Republic was unconstitutional and that this resulted in the unconstitutionality of the other rules included in the preventive control request.