Statement European Federation One of Us against Matić ‘ Report 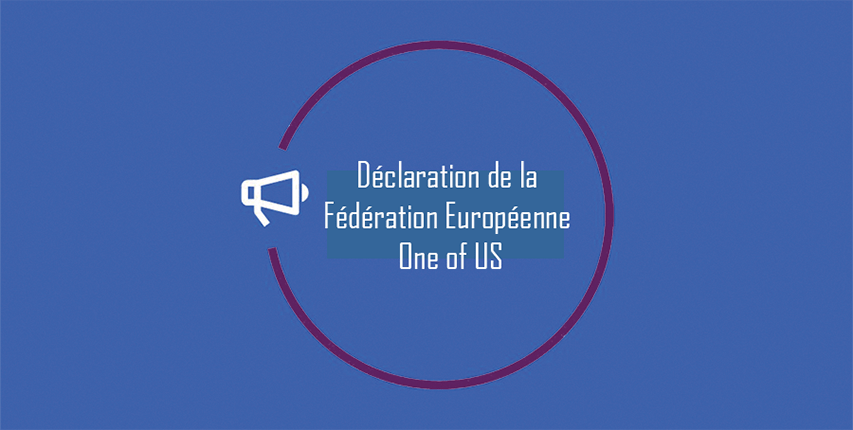 The European principles and fundamentals ​​of respect for human rights, the rule of law, the traditions of the European citizens and the sovereignty of the member states are inherent to the European Union roots and principles.
If these values ​​are forgotten or trampled on, the European Union loses the meaning it has had since its foundation, becoming a totalitarianism against of our coexistence
The report advocated by MEP Mr. Predrag Fred Matić that the European Parliament is processing is overstepped, addressing matters such as health, sexual education and reproduction, as well as abortion and education, which are legislative powers of the Member States and not EU competences.

The report does not defend human rights, because ABORTION IS NOT A HUMAN RIGHT. It has never been and never is.  It has not been recognized by any declaration or by any international court as such a human right.

In addition, Matic’s Report on the sexual and reproductive rights of women violates the women dignity, proposing contraception and abortion instead of motherhood. This report creates a message from UE that undermine women dignity and singularity as mothers.
Instead of offering true alternatives to women who are expecting a child, informing them properly and as expected in any health or pharmacological field, it offers them the elimination of the child that is in their womb as the only or preferential option. This attempts directly to women dignity in her maternity and also affects the right to conscientious objection.
This procedure is not in accordance with the deontology in health matters, nor according to the state of science, which provides so many solutions compatible with life and lacks any kind of professional rigor
The European citizens demand the European institutions to work on solving the problems that arise in our society without ideological impositions. We therefore call on the European Parliament to cancel this very iniquitous and surprising report. As European citizens committed to the health of women of different ages, we ask our European parliamentary representatives for an urgent reformulation of this matter.

One of Us Federation asks the European Parliament to consider our request together with the opinions of the civil organizations, politicians and experts involved in the preparation of the Matic’s Report and, after taking the appropriate steps, annul said report.