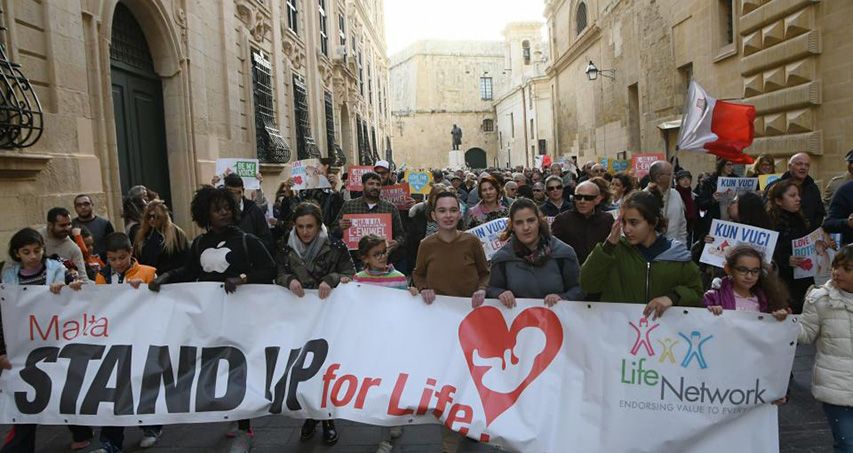 Pro-life group Life Network Foundation has claimed «elementary principles of criminal law are being deliberately ignored by those who want to give the impression that Maltese law does not allow the mother to be saved when a pregnancy threatens her life».

The group was reacting to reports that a US woman, who was denied a request to terminate a non-viable pregnancy while holidaying in Malta in June, has initiated a legal battle against the country’s blanket ban on abortion.

The woman, Andrea Prudente, is calling on the court to declare that the law is in breach of human rights.

But the Foundation is arguing this is only being done «to spread the false idea that Malta has outdated laws».

«Every crime in Malta’s Criminal Code, including abortion, is a crime only when the intention of the person is specifically to do what is prohibited by the law.

«When someone intervenes to save a mother’s life, this can never be interpreted as a crime if the baby dies in the womb as an indirect consequence of the intervention undertaken to save the mother. No one can be forced to die for another person,» the Foundation said.

In the last twenty years, it said, no mother has died due to a lack of medical care in a difficult pregnancy.

«Maltese doctors often perform a pre-term delivery in such cases. In this way, the pregnancy ends and the mother’s life is saved. If this were a crime, as those in favour of abortion are claiming, then the doctors, nurses and mothers who were involved in this medical intervention to save life, should have been arraigned.

«This has not happened since such medical intervention is not a crime,» Life Network Foundation said.

Any attempt to give a different impression is just an «attempt to introduce abortion into Malta in a most devious way», the pro-life lobby said.

Prudente’s case made global headlines in June when she had to be airlifted from Malta to a Spanish hospital for a termination denied to her by Maltese doctors.