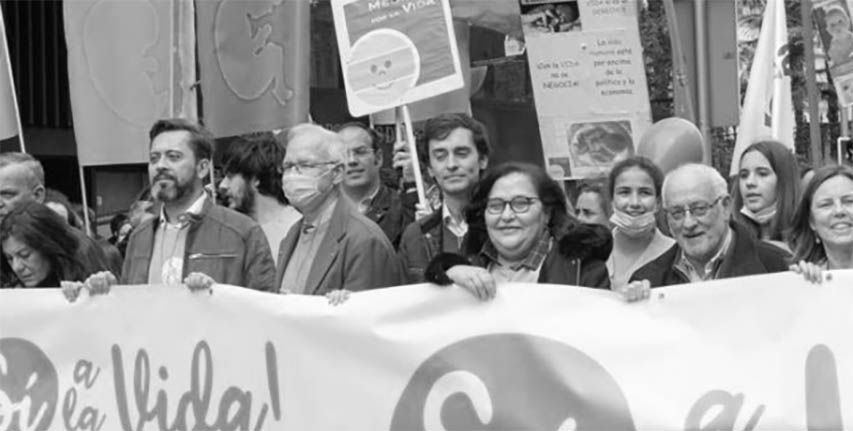 They announce a «unique mobilization effort» at this crucial moment, given that the new regulation of abortion intends to be approved before the ruling of the Constitutional Court and «without hearing the corresponding opinion»

The Assembly of Associations for Life and NEOS, before the announcement of the approval by the Council of Ministers of the reform of the Abortion Law, considers it «nonsense» and «nonsense» to continue with this initiative framed in «the project of social engineering» in which «the government is engaged». From these two organizations they also consider that the action of the Council of Ministers is «a brutal trick», by proposing this new regulation of abortion «before the ruling of the Constitutional Court» and «without hearing the corresponding opinion».

Ana del Pino, European coordinator of the One of Us Federation, as well as coordinator of the Assembly for Life and NEOS, points out in statements to El Debate that «in 2020, one in 5 pregnant women ended up aborting, but 80% of these they would have preferred to be helped to have their children. The public administration spends 10 times more public money to pay for abortions than to help pregnant women. Let us not resign ourselves to this injustice. A fact does not change due to its legal framework For her part, Alicia Latorre, president of the Spanish Federation of Pro-Life Associations, points out “this law is one more twist to the perverse law that we already have, which completely ignores the unborn, but also forgets women; for it presents an act that is cruel and unnatural as if it were an aid to it. The fact that an act is legalized does not change its nature. Given the reasons stated, from the Assembly of Associations for Life they announce a «unique effort of mobilization at this crucial and transcendental moment of the debate on life throughout the world.» This mobilization, according to the aforementioned organizations, will include contacts with political parties and institutions to establish a «response project» appropriate to this «new nonsense that the Government intends to impose on the Spanish.»