Portugal insists on the legalization of euthanasia for the third time 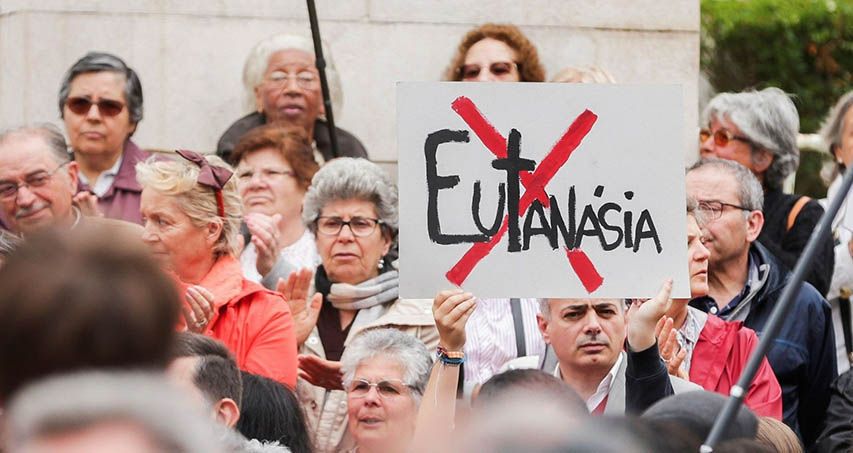 An Associated Press article by Barry Hatton that was published on June 9, 2022 explains that Portugal’s legislature is attempting its third time to legalize euthanasia in 18 months.

On January 29, 2021, Portugal’s parliament passed its first euthanasia bill. On February 19, President Marcelo Rebelo de Sousa did not sign the bill into law but referred the bill to Portugal’s Constitutional court for evaluation.

President de Sousa stated that he thought that the bill was:

On March 15, the Portuguese American Journal reported that the Constitutional court rejected the bill and stated:

“the law is imprecise in identifying the circumstances under which those procedures can occur.” The court stated the law must be “clear, precise, clearly envisioned and controllable.” The law lacks the “indispensable rigor.»

On November 30, 2021, President de Sousa vetoed the second euthanasia bill because of contradictions in the language of the bill. The Associated Press article reported:

This time, the president is returning the reworded law to the national assembly, according to a statement posted on the Portuguese presidency’s website late on Monday, arguing that further clarification is needed in “what appear to be contradictions” regarding the causes that justify resorting to death with medical assistance.

Whereas the original bill required “fatal disease” as a pre-requisite, the president’s argument followed, the renewed version mentions “incurable” or “serious” disease in some of its formulation. No longer considering that patients need to be terminally ill means, in De Sousa’s opinion, “a considerable change of weighing the values of life and free self-determination in the context of Portuguese society.”

The Associated Press article reported that the new bills do not fulfill President De Sousa’s concerns. According to the article:

But none of the four new bills addresses Rebelo de Sousa’s specific concerns. Instead, they attempt to simplify circumstances where euthanasia and physician-assisted suicide are justified by referring to “a situation of intolerable suffering, with a definitive injury of extreme seriousness or a serious and incurable disease.”

The four bills next go to a committee stage, where they likely will be blended into one, before being voted on again and sent to the head of state. That process could take months.

Once again, the language in the bill is not clearly defined; meaning, if legalized, the acceptable reasons for euthanasia will expand over time.

Portuguese parliament has a stronger contingent of pro-euthanasia legislators that insists on offering Portuguese citizens in a vulnerable situation, not adequate care but death

We trust in the coherence and moral integrity of President Sousa and the Constitutional Court itself to reject this new attack by legislators who are committed to death and not to the dignity of life of all citizens.