Polish start of the "One of Us" Campaign 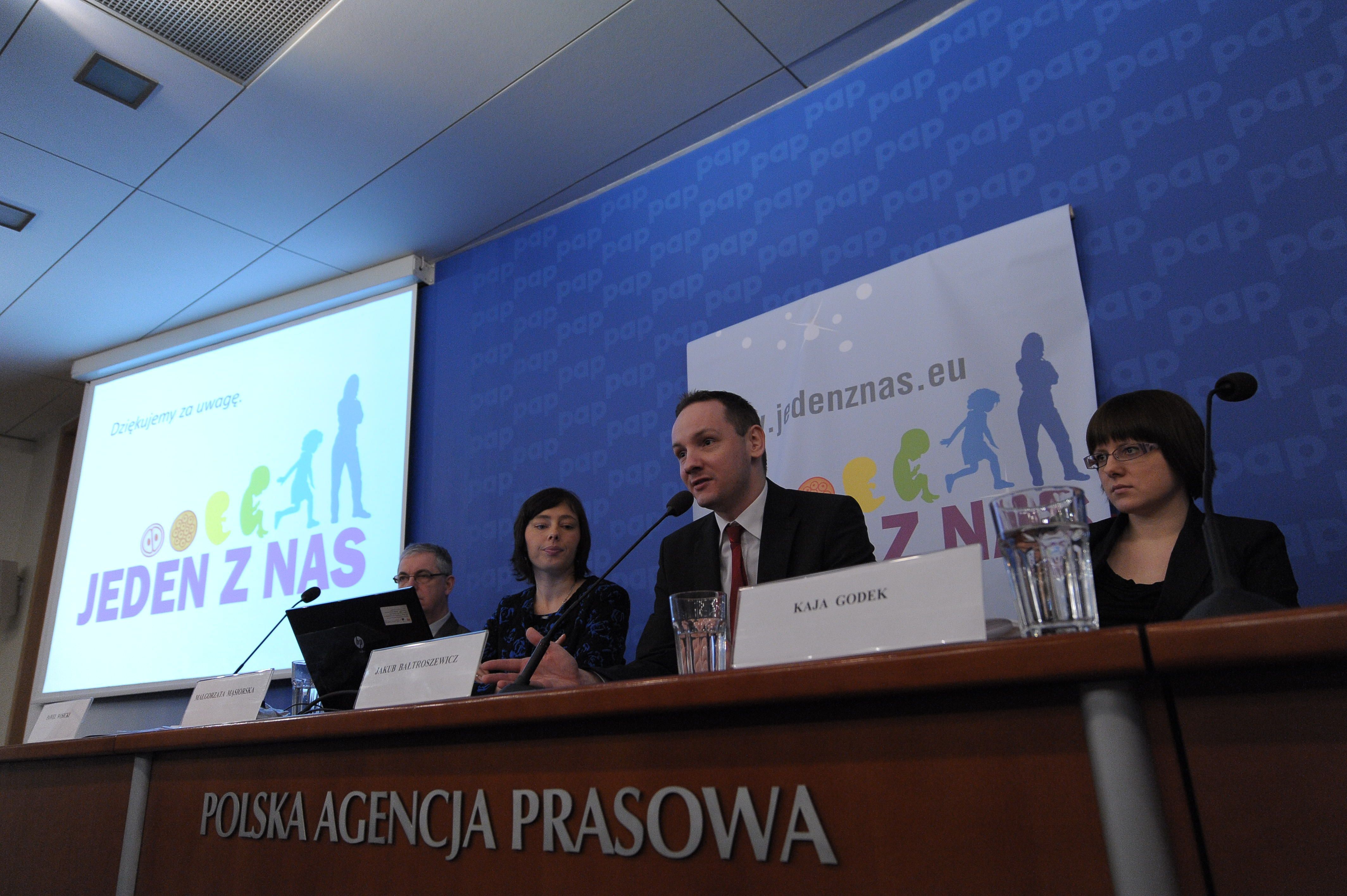 Action of collecting the signatures under ECI “One of us” begun in Poland today. It’s aim is to enhance the protection of human life within the scope of EU rights and financial policy. At a press conference at the Polish Press Agency announced the line-up of National Committee supporting this initiative.

“One of us” relate to judgement of the European Court of Justice (Brüstle vs. Greenpeace) which states that human life begins at conception, a human embryo deserves respect for his dignity and integrity. Aim is to harmonize regulation of the European Union, by prohibiting the funding and completion of the activities involving the destruction of human embryos, and the conduct of research and experimentation on embryonic stem cells.

«One of Us» was registered on 11 May 2012. The initiator is the Italian member of European Parliament, Carlo Cassini, former judge of the Supreme Court and President of the biggest Italian pro-life organization. To 1 November 2013 in Europe will be collected signatures of support, you can vote via the oneofus.eu . Initiative must be supported by at least one million citizens from at least 7 of the 27 EU member states. Over 30 000 of Polish people seconded this project and in 25 States of Europe was collected 81 000 signatures.Pope Benedict XVI supported this initiative in the beginning of February.

When collected 1,000,000 votes, the European Commission will be required to organize a public hearing, during which the leaders of the initiative will be able to present the arguments to  commissioners  for change EU financial policy. The Commission will then decide whether to refer the matter to Parliament. Decision with reasons will be published in the Official Journal of the European Commission in all official EU languages.

Apel do Polek i Polaków (One of Us Manifesto)

We engage in the European Citizens’ Initiative “One of us”. That one is one of the first initiatives accepted by European Commission and is supposed to stop financing activities which presuppose the destruction of human embryos, in particular in the areas of research, development aid and public health.

According to Treaty of Lisbon, group of at least 7 people coming from several countries of EU is able to report back project of changes in EU legislation. If that project is supposed to be considered by European Commission and European Parliament, at least one milion of EU citizens have to sing this proposal. Already people from 25 countries from EU is taking part in “One of Us” initiative.

At present UE is financing killing unborned people in Africa and Asia by subventions to private, pro-abortion organizations like International Planned Parenthood Federation (IPPF), Marie Stopes International (MSI). Each citizen of EU is made to finance this nefarious activity by their taxes.

Right to life is part of human, worldwide law that says “do not kill!” and is coming from science fact: human’s life begins prom conception. It is attested by many thesis, science publications, significant encyclopedias and handbooks. It was recently recognized by Court of Justice of the European Union which on 18 Oct 2011 judged that human’s life begins from conception and deserve protection, especially of dignity and integrality.

Abortion as exterminating human’s life untill born, is killing defenceless and innocent person. Especially cruel due to no anaesthesia is used.

We trust that decision-makers of EU, where death penalty is forbidden even for hardened criminals because of due deference, will second discontinuing financing abortion and experiments with human embryos.

We appeal to each adult Polish citizen for support citizen’s initiative “One of Us” by signing and propagating initiative in family, neighbourhood and surround. Sings are acceptable both in traditional, paper version and as submiting form from www.jedenznas.eu.

We desiderate Poland, Mother Country of blessed John Paul II, so supportive in defending human life, from conception untill natural death, to  be bellwether in number of collected signs following “One of Us” initiative.