Peter Singer: Babies are a Commodity, So Abortion and Infanticide Okay 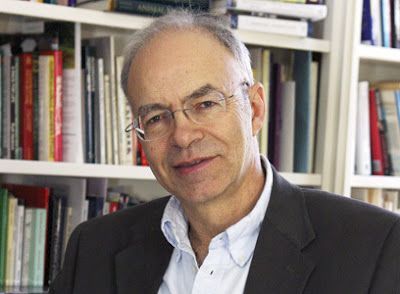 Eugenics has always been about promoting desired utilitarian outcomes. The old eugenics wanted to improve the human herd through the crude manipulation of who could and should be parents. And, it also promoted the idea of infanticide–to rid the society of those who would drag it down. Margaret Sanger infamously referred to these as “the human weeds.”

The new eugenics doesn’t use such a crude lexicon, but still has the old goal of improving the human herd–as well as a new one of satisfying the personal desires of parents–through the more sophisticated weapons of genetic manipulation, eugenic abortion, and someday, infanticide. Of course, Peter Singer is very there.

He is asked with infanticide and abortion, babies are becoming a “commodity.” From an interview of him in Salon (my emphasis throughout):

Q: If you make the criteria so flexible, if you make matters of life and death negotiable, don’t you think babies will become a commodity?

S: That may be happening anyway, in terms of selecting the children we have before birth.

Yes, with IVF and preimplantation genetic diagnosis, parents can–to a limited degree–choose the attributes they want in a child, mostly to eliminate a genetic disease or choosing sex.

Tomorrow it will be about other desired personal characteristics. So, Singer is saying, we are already in for an inch on the path to commodifying babies, so let’s go for the mile–no doubt covered by Obamacare. That’s how all standards collapse.

Q: You don’t think this is a problem?

S: It would be a problem if you have a society divided along genetic lines, where the rich can buy the genes they want and the poor can’t. I don’t think that’s the society that would be best in promoting the happiness of most of its members. But I’m not convinced it would be a problem if these services were available to everyone. It’s an open question that is worth thinking about.

Q: From your utilitarian philosophy you couldn’t argue against it.

Pay close attention here. Just as the old eugenics ended up with state coercion, so would Singer’s. And, since he clearly favors the right to kill a baby because he or she is disabled, he is saying that allowing such murders would be in the best interests of society.

In Singer’s moral view, the grounds for choosing a child out of existence can become very superficial:

Q: What if parents don’t want an ugly child?

S: If everyone had the opportunity to avoid having an ugly child, I don’t think I would have a problem.

Q: Is ugliness a good enough reason to kill a baby?

S: I don’t think there are parents who would be prepared to go through another pregnancy just because they thought their child was not going to be all that beautiful.

Q: Parents would never refuse to take responsibility for their baby for frivolous reasons?

S: Most parents are not going to do that. Most parents who go through pregnancy, and childbirth, are going to love and cherish that child.

Notice, he refuses to say it would be wrong to abort or kill a baby because he or she would be “ugly.” So long Abraham Lincoln and Mother Theresa!

And Singer’s blithe assurances ring hollow. I recall a poll some years ago in which about 11% of people said they would abort if they knew their child would be obese. Good grief, viable babies areaborted because of cleft palate!

Singer says he is about pursuing and promoting the “ethical life.” Read the whole interview. The crassly “amoral life” would be more accurate.