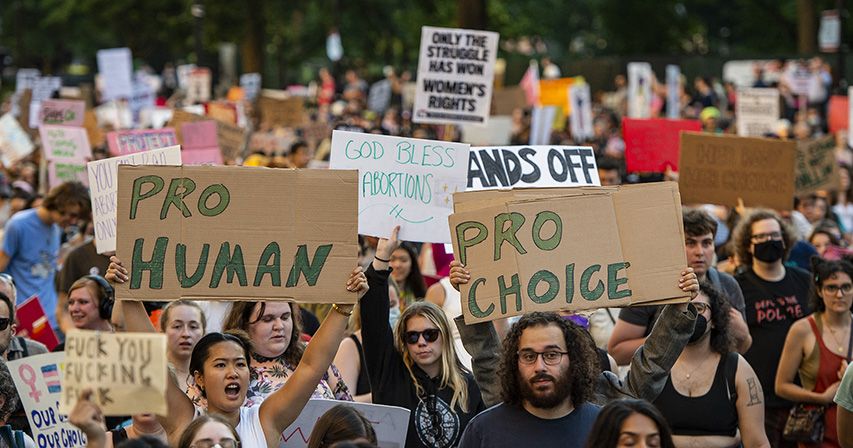 The betrayal of the EU and its fundamentals

In a new resolution approved with 324 votes in favor, 155 against and 38 abstentions, the European Parliament (EP) has requested this Thursday that abortion be included in the Charter of Fundamental Rights of the EU, in article 7, adding that “everyone has the right to a safe and legal abortion”

The MEPs have thus demanded that the Council of the EU debate this issue within the framework of the convening of a convention for the revision of the treaties. This request was already made on June 9 through another resolution, where the US Supreme Court was asked to ratify the Roe v. Wade ruling.

The Chamber has urged member states where abortion is not legal to decriminalize abortion and «eliminate and combat legal, financial and social restrictions.» «The resolution reiterates that EU countries must ensure access to safe, legal and free abortion services,» the EP itself reported in a note.

This resolution adds the request by the Chamber to guarantee «prenatal and maternal health care services and supplies, voluntary family planning, contraceptive methods, services adapted to young people, as well as prevention, treatment and care and HIV support.

The One of Us European Federation criticizes this new interference by the Chamber, not only in matters of national sovereignty of the Member States, but also beyond the geographical scope of the European Union, advancing in attacks on a sovereign nation such as the United States and on its judicial independence by attacking the Supreme Court itself for a judicial resolution that from its independence and from a legal argument establishes that abortion is a matter of the federated States.

One of Us reiterates that abortion is not a right in any international or European legislation, therefore, it cannot be included in a Charter of Fundamental Rights.

Today’s resolution, like last week’s, only shows a desire to force abortion regulation because from a scientific, legal and juridical point of view this right does not exist and it does not exist because it attacks women in their maternity and the developing and unborn human being who is eliminated.

The European federation One of Us, in the words of its president Jaime Mayor Oreja, declares that “Europe is heading towards its own suicide with these resolutions”.

tHE  new resolution approved on July 7 by the European Parliament is profoundly serious because it seeks to annul the freedom of every person and it does so by destroying human rights, discriminating against women in particular, through the will to introduce abortion in the bill of rights. This is how the European Union dies and betrays itself.