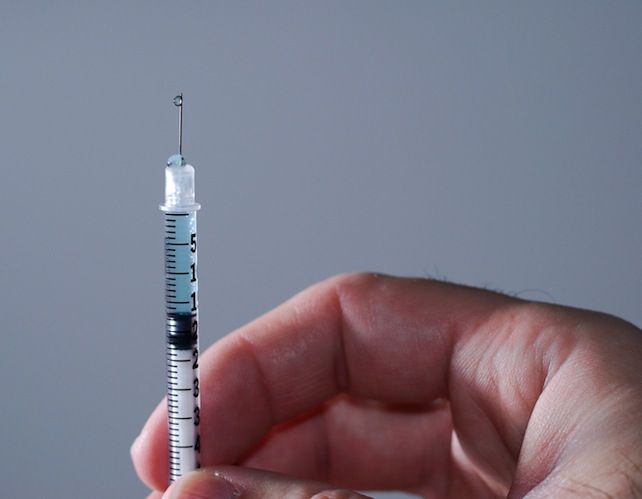 The Carter decision to allow assisted suicide and euthanasia claimed that Canada could avoid abuses through careful guidelines and screening. Medically facilitated elder abuse by greedy relatives and medicalized suicide for the depressed — a grim reality where this practice is legal — were supposed to be avoidable, said the judge, because of a superior medical culture in Canada. The abuses of Belgium? Not for us.

According to the new law, it will be five years before Canada’s assisted suicide and euthanasia regime has to report back to the nation. Two stories offer reasons why that report will fail to reveal those depressed patients, far from death, who are steered to suicide by others and by their untreated mental illness.

A friend, herself dealing with advanced ovarian cancer, heard from a neighbour that his wife was going to get assisted suicide. The neighbour said they would be going to a doctor in Vancouver to get this done. This baffled my friend, who had seen the woman outside her home, gardening. The husband made other comments suggesting that his wife would be dead soon. She had heart trouble.

My friend tipped off her own nurse to get community services involved and the suicidal woman’s depression began to be addressed by a nurse and social worker. This apparently able-bodied woman did not go to Vancouver right away — but she had been invited, as soon became clear.

This appears to be medical homicide as a solution to depression. I will let my friend’s words testify to the end of that story:

«A few days later the husband came over with a clipboard and a pen. He started by saying, «Damn government did not pass the bill.» He asked me to sign a form — that he needed two signatures for the doctor in Vancouver. He stated that none of their family and friends would sign. I almost passed out! Seriously. I told him I would not sign. He assumed that it was on religious grounds and I said no it was experiential. He said «OK, then I will ask your husband.» I told him he had better not even bring it up! We went on a two-day visit to the grandsons and came back on June 7 (the designated day of the euthanasia) and his balcony was draped in black crepe. Several days later I bumped into him at the mailbox and he complained that none of the neighbours had given condolences even though he made it obvious that [his wife] had «passed.» I asked him how he was and he said that his wife had a nice last day, that she liked the walk around the seawall. He also told me that he felt sorry for the poor doctor because she was so tired because she had so many euthanasias that day. He and the boyfriend are now residing together in a big new travel coach parked elsewhere in the same trailer park and the Mustang has become the vehicle of preference and he sold his house. No one talks to him…»

This appears to be medical homicide as a solution to depression, apparently facilitated by a husband with other interests.

Several weeks ago I was contacted by the wife of a young man with a neurological disease. The man had been assured by a euthanasia-performing doctor in Vancouver that he qualified for an assisted suicide. He was depressed and never ventured outdoors.

At the patient’s invitation I visited him in his shared room in a dingy nursing home, a place once described to me as «a prison.» He told me about his struggle to find a cure with massive doses of vitamins. He was less disabled than, for instance, Walter Lawrence, who works in Vancouver as an inspiring peer counsellor to spinal injury patients and others.

But this patient had lost hope for the future and felt his existence was meaningless and that death was the only solution. This death-focused tunnel vision defines a suicidal depression, and any able-bodied person would be given psychological help to relieve it. This disabled man, who was nowhere near dying, was instead killed by a Vancouver physician.

The physician’s rationale for circumventing the law, reportedly given over the phone before she met or examined the patient, was that he could easily get bed sores and then die of infection, so that his death «was reasonably foreseeable.»

What surprised his wife was «how easy» it was for her depressed, self-isolated husband to be killed under the new regime. What seems obvious is that the whole nature of this death is not going to be reported to the Minister of Health or the Minister of Justice — there is no transparency to this system.

Five years from now, the mandatory report is going to be full of bland and self-justifying statistics presented by the very doctors who have done the killing. By sanitizing these medicalized suicides and homicides with the now-familiar euphemisms about «medical aid in dying,» the uninvolved public will be reassured that nothing has gone wrong.

Canada has simply created a system which offers, and completes, suicide for people whose personalities, disabilities and personal situations put them at high risk for it. Well over a hundred real people have died in the few months since the old law was discarded. To complain that this was repeatedly predicted is to indulge in powerless understatement.

And next, we have the unfolding tragedy of palliative care. That medical specialty has always struggled to reassure fearful dying people that palliation has nothing to do with «mercy killing» and assisted suicide. Reluctant families have been truthfully promised that hospice nurses and doctors are not self-appointed angels of death.

Sadly, palliative care wards and hospices across Canada are, right now, in a hailstorm of administrative edicts to perform euthanasia inside their walls, in whispering range of those families and patients who had been promised a refuge of care.

Violating the principles and purposes of palliative care is in no way required by the new law. The thoughtless imposition of this radical shift needs to be halted. Hospital administrators can and must provide other locations for those few final minutes.

Our Minister of Health and her provincial colleagues would be wise to act quickly on this. The principles of suicide prevention have been betrayed. It is not inevitable that the principles of palliative care must be next.

The Dutch government may keep enforcing its ban on assisted suicide
diciembre 20, 2022

The death industry is really about money
diciembre 9, 2022