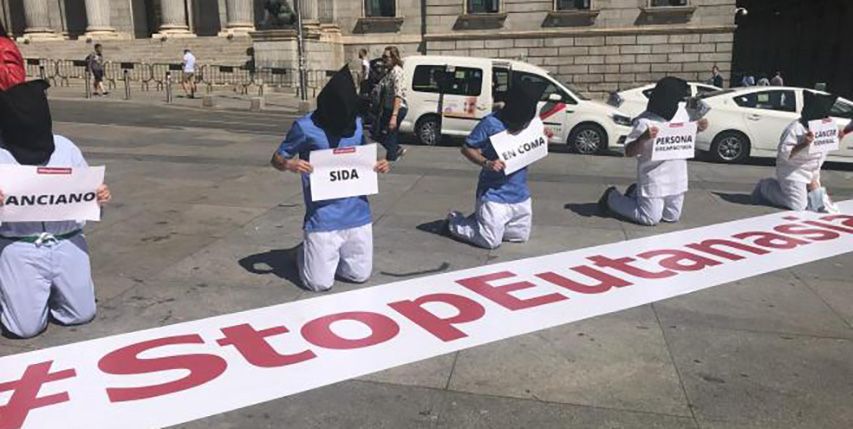 An article published by Spark Chronicles indicates that since legalizing euthanasia on June 25, 2021, Spain has had at least 50 euthanasia deaths and 130 requests.

The article states that data from 10 out of the 17 autonomous regions in Spain indicated that the majority of the euthanasia deaths have been for neurodegenerative or oncological diseases and out of 130 known applications, (74%) were approved and approximately half of the applicants died before the euthanasia could be done.

The data confirms my concerns related to euthanasia for people with disabilities. Spark reported:

In the Basque Country of the 13 euthanized patients, seven suffered from chronic diseases causing permanent disability such as amyotrophic lateral sclerosis, multiple sclerosis, or muscular dystrophy, while others had terminal cancer.

The article also states that several Spanish regions do not permit euthanasia. According to the Spark:

In some autonomous regions, such as Andalusia, euthanasia rights organizations claim that this right is not exercised due to “lack of political will”.

According to one of them, 12 assisted death applications have been received in the region, but none have been processed so far.

The article also states that several regions did not provide information about the number of euthanasia deaths.

Based on the language of Spain’s euthanasia law, unless repealed, it is likely that Spain will have a higher percentage of euthanasia deaths of people who live with disabilities than other jurisdictions that have legalized euthanasia.

Euthanasia is not about a freedom to die, but rather it is about abandoning people at their time of need. We need a caring culture, not one that kills.