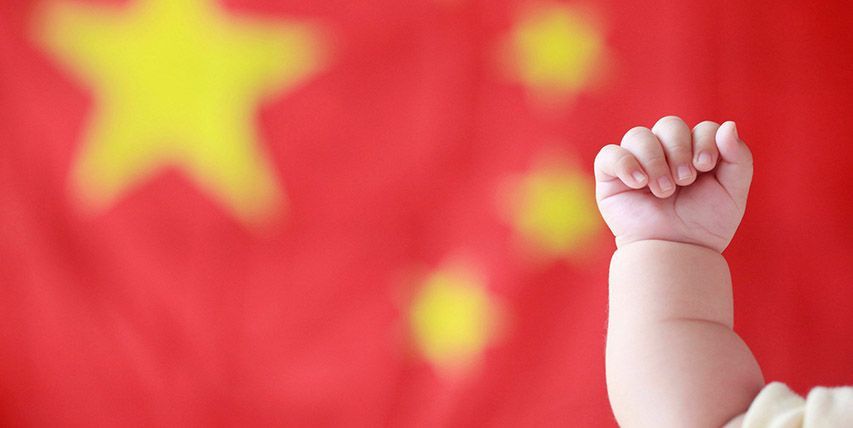 The plight of the Uighur women warrants attention not only as a woman’s issue, but also as a human-rights issue. And, once heard, it’s impossible to ignore.

On August 25, headlines revealed that the U.S.A. administration is considering accusing China of genocide due to the country’s treatment of Uighur Muslims. The U.S. government and human-rights groups have already charged China with detaining one to three million minority Muslims in “camps.” Some of the most disturbing reports tell of the government’s abuse of women by weaponizing abortion, sterilization, and birth control. New reports introduce Uighur women who say they were forced to undergo as many as eight forced abortions and obstetricians who claim babies are killed even “after they’d been born.”

On August 17, Radio Free Asia (RFA) published a report by journalists Gulchehra Hoja and Shohret Hoshur. They interviewed a Uighur obstetrician, Hasiyet Abdulla, who confirmed forced abortions and infanticide in China. Before moving to Turkey, she spent more than a decade working in Xinjiang hospitals.

According to Abdulla, each hospital housed a “family-planning unit” that tracked “who had how many kids, when they’d given birth to them.” Parents are allowed three children in rural areas and two in urban areas – and each child must be three to four years apart from the others. To enforce these rules, the hospitals participated in barbaric practices.

“There were babies born at nine months who we killed after inducing labor,” she said. Medical staff performed abortions on some women who were “eight and nine months pregnant,” she claimed, and would “even kill the babies after they’d been born.”

The RFA referenced a report by Adrian Zenz, a senior fellow in China studies at the Victims of Communism Memorial Foundation, and published by the Jamestown Foundation. Among other things, it found that “Natural population growth in Xinjiang has declined dramatically” and “growth rates fell by 84 percent in the two largest Uyghur prefectures between 2015 and 2018.”

One Uighur woman said she escaped to Turkey in 2016 – but not before she was forced to abort her fourth child in 2004. Bumeryem said she was five months pregnant when officials “gave me an injection through my belly button.”

Not only that, but also she had to pay 200 yuan, or $29, for the abortion. “It was a boy,” she remembered. “If my baby who was aborted were alive today, he’d be 15 years old.” While in a recovery room, Bumeryem said she witnessed other women who underwent abortions at seven and eight months pregnant, as well as full-term.

“As Muslims, we don’t kill babies – we can’t get abortions – but we were forced to,” she said, recalling that she was forced to have an intrauterine device inserted after having her son so that she could keep her job. At the end of July, theDaily Mail published a piece by Ian Birrell, after he interviewed 25 Uighur women. He began his report with the story of Amina Mamtimin, who discovered she was pregnant with her fifth child in 2016.

“I was very happy to be having a baby but also so scared,” she said. That’s because, when caught by the government, Uighur women “are forced to have abortions and then stopped from having more kids.”

Her family decided to escape, but only Mamtimin and her youngest daughter were able to obtain passports. She went ahead, to save their unborn child. The rest of her family “never made it,” she said.

Another woman, Roshangul Tashmuhammad, recalled when officials found out that her sister-in-law was pregnant with her second child. “Doctors said the baby had died in the womb so they forcibly aborted it,” she said. “But her first baby was so healthy we did not believe this.”

Zumret Abdullah trained as a nurse for four years at Urumqi Medical University before working three years in the maternity ward. During her time there, she estimated that she had witnessed 90 forced abortions performed on Uighur women. “They take in the women, who are always crying,” she remembered. “Afterwards, they just threw the foetus in a plastic bag like it was trash.”

“One mother begged to die after her seven-month-old baby was killed,” she recalled. “It took three more days to give birth. It was a proper baby.”

“I was having mental problems, seeing babies in my dreams,” she said. “I still have nightmares.”

Rahima Muhammad, an exiled Uighur doctor, worked at a clinic for six years that she said performed up to 100 abortions per day. She secretly opened an illegal clinic to help women keep their babies.

So many women came that she “could not treat them all,” she said.

She once saw a woman who was seven months pregnant, and begged for her baby to be induced to escape an abortion. When the baby was born early, the little one had under-developed lungs.

“I took the baby to the hospital but it died,” Muhammad remembered. “I have never forgotten the baby’s face.”

After having her fourth child, she herself escaped to Istanbul.

Another woman, identified as “Sumayya,” said that after her third child, she underwent eight forced abortions.

“I would cry each time,” she remembered. “Usually the nurses would take it away, saying if it was a boy or a girl. One time when the baby came out, it was obviously a boy and I could hold his little hand. I slept with him all night, crying beside him.”

When she became pregnant again in 2016, she fled the country.“How is this fair?” Sumayya wanted to know. “Why are we treated worse than animals just because we are Uighurs?”