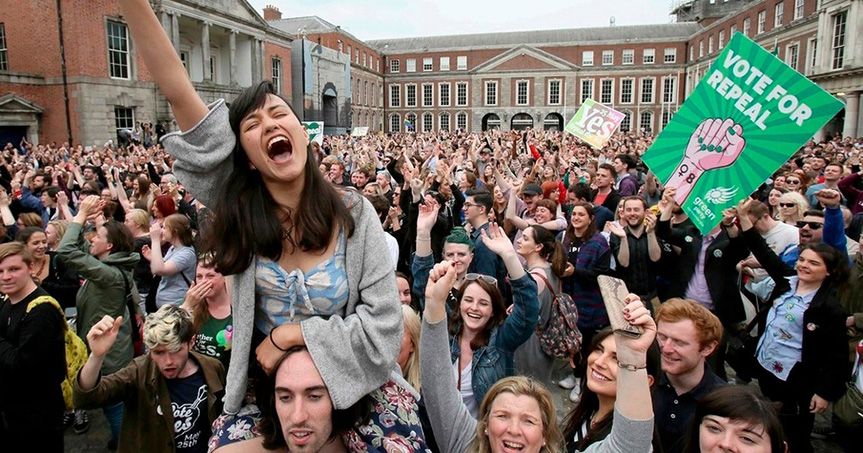 Prolife Campaign in Ireland has pointed out that the concerns they raised by denouncing that the research commissioned by the government to review Ireland’s three-year abortion law enforcement has been selective and incomplete, are now clearer and can be seen by all in the Today’s HSE report.

Commenting on the «Unplanned Pregnancy and Abortion Care» (UnPAC) investigation released today, Eilís Mulroy of the Prolife Campaign noted: “Terms like ‘chilling effect’ are used over and over again in the abortion debate to exert increased pressure on women for wider access to abortion and to produce certain outcomes, while developments that raise serious questions about the extreme and inhumane nature of Ireland’s new abortion law are deliberately dismissed and ignored. The report issued by the HSE today is just the latest offering from the Government which takes a highly selective, ideological and biased approach.»

“The truth is that Ireland now has one of the most extreme abortion laws in the world, allowing unrestricted abortion in the first 12 weeks and allowing horrific late-term abortions in certain circumstances. Where is the government-led research into Ireland’s spiraling abortion rate and the effects of the fast-track approach to abortion that leaves so much out and keeps women in the dark about alternatives? Where is the research that listened to the voices of women who contemplated abortion but decided to continue their pregnancy? Why are the experiences of these women and women who regret their abortions excluded from the report? Where is the research on the pressure women and parents feel from certain doctors to abort their babies when it is diagnosed that the baby may have a disability? And where is the HSE investigation into the horrific reality that babies who survived late-term abortions under the new law have been left to die alone without medical attention? Why does the investigation commissioned by the Government point only in one direction? This bias and mutilation of the report gives us an idea of what is really going on. Mulroy remarked

“The Pro Life Campaign and others have repeatedly drawn attention over the last year to the highly political and partisan way in which Health Minister Stephen Donnelly oversaw the three-year review. It remains a scandal that he only met with «stakeholders» who advocate for broader access to abortion and refused to meet with any representatives of the pro-life side in establishing the review.

The One of Us Federation supports the statements and denounces done by the Prolife Campaign and points out that there cannot be legislation and a review of the effects of a law that is adequate to reality and fair in its terms if it does not listen an important part of the implicated by ideological sectarianism and by a clear claim to conceal reality. The policy of concealment and cancellation are the trademark of the powerful abortion lobbies because they are aware that the reality of the practice of abortion that eliminates human beings and uses women is difficult to defend and present to public opinion.

The movements that defend the life of every human being and their dignity, as well as the freedom of women, will not remain silent in the face of this manipulation. It is not possible to hide or ignore this drama in the 21st century.