If Roe were overturned, how would abortion rates change? 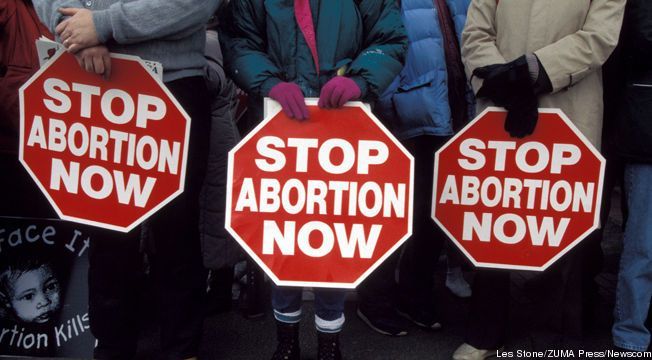 On May 14, Philadelphia abortion provider Kermit Gosnell was sentenced to life in prison for killing babies outside the womb following failed late-term abortions. The horrific details from the trial intensified the country’s already supercharged abortion debate—and one of the main points of contention was whether crimes like Gosnell’s would become more or less common if legislatures passed new laws prohibiting late-term abortions.

Counterfactuals play a big role in the abortion debate in general, and perhaps the biggest question of all is how abortion rates would change if the Supreme Court were to overturn Roe. There is no way to know the answer to that for sure, but a trio of researchers recently developed a good estimate using abortion data from New York State in the years immediately before and after the 1973 Roe decision.

New York legalized abortion in 1970 and in the following years it became by far the top destination for out-of-state women who wanted abortions but couldn’t get them in their home states. This fact made New York a kind of perfect natural experiment for researchers: By comparing recently discovered abortion data in the state from before and after Roe, they could get a pretty good idea of how nationwide legalization of abortion affected the country’s overall abortion rates.

The researchers—who presented their work at the recent annual meeting of the Population Association of America—found that pre-Roe, abortion rates fell 11.9 percent for every 100 miles a woman lived from New York. This corresponds with the intuitive idea that the farther women have to travel for abortion care, the less likely they are to have an abortion performed.

The researchers then used that data to run through a hypothetical scenario in which privacy rights around abortion are no longer protected by the Constitution. If the Supreme Court were to overturn Roe, it’s estimated that as many as 31 states would vote to make abortion illegal. And if those 31 states were to ban abortion, the average distance a woman would have to travel to have an abortion would increase from 30 miles to 187 miles.

The researchers merged this hypothetical scenario with real historical data from New York. They calculated that if Roe were overturned and 31 states voted to make made abortion illegal, the national abortion rate would fall by 14.9 percent and the number of live births in the United States would increase by 4.2 percent. The researchers note that these would be significant changes, but they conclude, “despite the profound impact of overturning Roe, we anticipate that the vast majority of women in states without legal abortion would access services in states where abortion remained accessible.”