Humanae Vitae at 45: Pro-Life Encyclical Still Right After All These Years 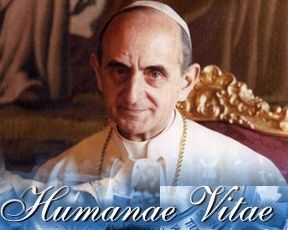 On this day in 1968, Pope Paul VI, of happy memory, issued his landmark encyclical, Humanae Vitae, which reiterated the Catholic Church’s 2,000 year old teaching that artificial contraception is sinful.

At the time, and perhaps even more so 45 years later, many people — Catholic and otherwise — are gobsmacked that at precisely a time when the winds of change were gale force, the Church vowed that she would cling to such an allegedly “outmoded” view of sexual morality.

Yet, the fact that Paul VI would reiterate the Christian condemnation against contraception is hardly a surprise, considering that no pope has the authority to change Church doctrine, nor natural law.

GRAVE CONSEQUENCES PREDICTED IN 1968 HAVE COME TO PASS

I first read Humanae Vitae during my sophomore year in college. I was prompted to do so because at the time, I had what might be called “issues” with the Church’s teaching against contraception. I had always been strongly against abortion, but I also believed that birth control could be helpful to the pro-life movement’s goal of eradicating abortion. (That, and at the time, I gullibly believed that “overpopulation” was a problem.)

When I first read HV, I was blown away. First, at how succinct Paul VI was (as papal encyclicals go, it’s much shorter than most).

Second, at how right he was. And is. And continues to be.

In section 17, Pope Paul made several predictions about the grave consequences that would inevitably result from an increasing reliance on contraception:

Responsible men can become more deeply convinced of the truth of the doctrine laid down by the Church on this issue if they reflect on the consequences of methods and plans for artificial birth control. Let them first consider how easily this course of action could open wide the way for marital infidelity…

All other things being equal, it doesn’t take much grey matter to realize that convenient, widespread access to contraception has made it easier to commit adultery.

…and a general lowering of moral standards. Not much experience is needed to be fully aware of human weakness and to understand that human beings—and especially the young, who are so exposed to temptation—need incentives to keep the moral law, and it is an evil thing to make it easy for them to break that law.

As for coming up with examples testifying to the general lowering of moral standards in the last two generations, one scarcely knows where to begin.

Another effect that gives cause for alarm is that a man who grows accustomed to the use of contraceptive methods may forget the reverence due to a woman, and, disregarding her physical and emotional equilibrium, reduce her to being a mere instrument for the satisfaction of his own desires, no longer considering her as his partner whom he should surround with care and affection.

Interesting, isn’t it, that just as our culture is now awash in contraception, we are also awash in pornography — and increasingly hard-core pornography, at that.

Finally, careful consideration should be given to the danger of this power passing into the hands of those public authorities who care little for the precepts of the moral law. Who will blame a government which in its attempt to resolve the problems affecting an entire country resorts to the same measures as are regarded as lawful by married people in the solution of a particular family difficulty? Who will prevent public authorities from favoring those contraceptive methods which they consider more effective? Should they regard this as necessary, they may even impose their use on everyone…

And, indeed, many have countries have done exactly that. China and India are probably the most notorious offenders, but they’re hardly alone. Indeed, forced “family planning” is the norm in many parts of the world.

Consequently, unless we are willing that the responsibility of procreating life should be left to the arbitrary decision of men, we must accept that there are certain limits, beyond which it is wrong to go, to the power of man over his own body and its natural functions—limits, let it be said, which no one, whether as a private individual or as a public authority, can lawfully exceed. These limits are expressly imposed because of the reverence due to the whole human organism and its natural functions…

Paul VI rightly recognized that contraception would pave the way for public acceptance of such evils as in-vitro fertilization and, more recently, human cloning. And although Humanae Vitae doesn’t explicitly mention homosexuality, the benefit of hindsight allows us to see that without the widespread acceptance of contraception, the very idea of same-sex “marriage” would have never gotten off the ground.

Without a doubt, two generations later, Humanae Vitae has been vindicated.