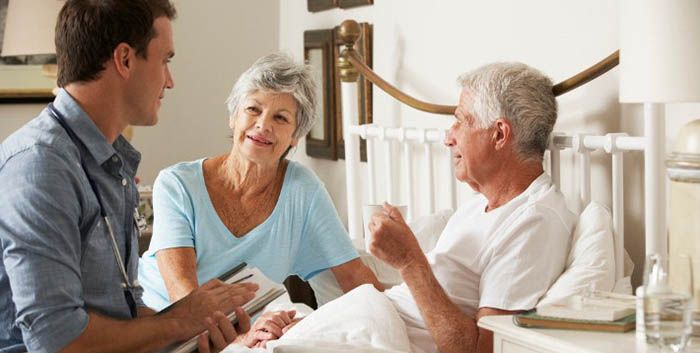 When in March of this year a euthanasia bill was discussed again – which did not succeed – in the French Parliament, Olivier Véran, Minister of Health, was against it. He argued by saying that the current law on the end of life allowed to solve «the vast majority of difficult situations.» For the government, the real priority is to strengthen palliative care.

On that occasion he promised better enforcement of the Claeys-Leonetti law, which authorizes deep sedation of terminally ill patients, but closes the door on euthanasia. He also announced that he would soon present a new hospice plan, which was released two weeks ago.

Faced with pressure to pass a euthanasia law, the Minister of Health seeks to ensure compliance with current legislation by allocating more resources, encouraging the training of doctors in palliative medicine and promoting patients to better understand their rights.

In presenting the five-year plan (2021-2024) for palliative care and end-of-life support, Véran emphasized the inequalities in access to this type of care that still exist in the country. While hospice palliative care units have increased from 139 to 164 since 2015, there are still 26 departments that do not have one. This is one of the deficiencies that the plan will seek to correct.

For Dr. Olivier Mermet, one of the authors of the plan, “it is false that in France people die in poor conditions”, as the supporters of euthanasia say; but it is necessary to improve what is already being done. The plan will seek to strengthen the 428 mobile palliative care teams available to be used in hospitals, nursing homes or in the homes of patients, while strengthening access to palliative care at home.

The training of doctors is also a key point. During the next five years, 350 more doctors would be needed to cover the needs in this area, so a university course of specialization in palliative medicine will be developed.

In addition to improving access to this care, the other great priority is to instill a culture of anticipation to this stage of life. This greater awareness of the rights of the patient, and in particular of palliative care, «is the basis for improving care,» said the minister.

One of the measures envisaged in this regard is a communication campaign to encourage the drafting of last will documents and the appointment of a trusted person who can represent the patient in the event of being disabled.

Public investment in palliative care is a demonstration of the interest that exists in correctly applying the 2016 law. For next year 16 million euros have been budgeted, 5 million more than in 2021, and the total allocation for the period 2021-2024 it adds 171 million, of which 59 million will be allocated to new measures to expand palliative services.

This follows the path proposed in a 2018 manifesto signed by more than 175 associations specialized in palliative care, in which they summarized in 12 points their position in favor of caring for people at the end of life.

“Palliative care must be accessible everywhere and for everyone. They are a right of the patient. Too many patients today do not receive palliative care when they need it. This must change. Let’s apply the law, the whole law, nothing but the law! ”, Argued the manifesto in one of the twelve reasons.