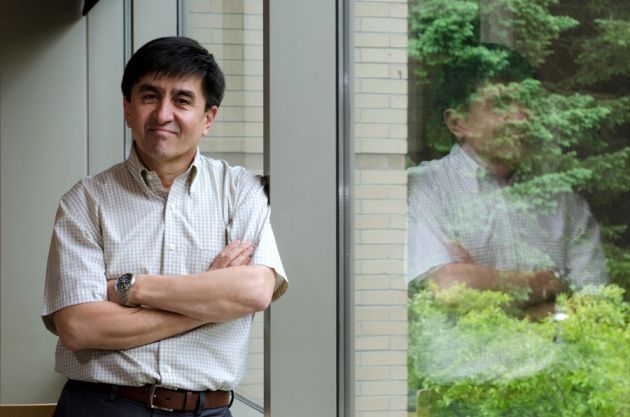 How fast is too fast for review of a scientific article? And who has the responsibility to ensure accuracy? Errors found in a widely acclaimed cloning study have rekindled those questions — and sent the lead author and the journal that published it scrambling to assure the world that the problems did not compromise the findings.

The paper, which was published online by the journal Cell on 15 May (http://doi.org/mkn), reported the creation of human embryonic stem-cell lines from cloned human skin cells. The lines are expected to answer fundamental questions about the way in which cells are reprogrammed and also to have potential therapeutic applications.

But last Wednesday, after an anonymous online commenter noted three pairs of duplicated images with conflicting labels in the paper, excitement turned to confusion — and a bit of déjà vu. The last time the same feat was claimed — by then Seoul University professor Woo Suk Hwang — duplicate images were noted anonymously and the breakthrough was later debunked. Nobody is claiming more than sloppiness in the present case, and the authors quickly stepped up to put the record straight.

The leader of the study, Shoukhrat Mitalipov, a reproductive-biology specialist at the Oregon Health and Science University in Portland, acknowledges that the team did use three sets of duplicated images. In two cases that was intentional, but a pair of labels was mistakenly reversed, he says (see http://doi.org/mnk).

In the third case, an incorrect scatterplot was included in a table examining the patterns of gene activity in the cloned stem-cell lines — one that had already been used in the paper.

Mitalipov says that corrections will be made. He waves off another criticism raised by the anonymous commenter concerning the surprisingly tight shape of two scatterplots: they just turned out that way, he says.

“The results are real, the cell lines are real, everything is real,” he says.

The editor-in-chief of Cell, Emilie Marcus, released a statement in response to the criticisms, defending the paper: “Based on our own initial in-house assessment of issues raised and in initial discussions with the authors, it seems that there were some minor errors made by the authors when preparing the figures for initial submission. While we are continuing discussions with the authors, we do not believe these errors impact the scientific findings of the paper in any way.”

Most researchers seem ready to give Mitalipov the benefit of the doubt, on the basis of his answers and his track record. “The explanations [by Mitalipov] are plausible, but we will have to wait for the results of a thorough investigation,” says Martin Pera, a stem-cell expert at the University of Melbourne, Australia.

Robin Lovell-Badge, a developmental biologist at the Medical Research Council’s National Institute for Medical Research in London, also accepts that the errors resulted just from sloppiness. “I really don’t think in this case it’s any attempt to manipulate. It’s not the data you would want to manipulate, anyway,” he says.

But many also noted that the paper had been published with blazing speed — Cell accepted it just three days after receiving it and published it online 12 days later — and questioned whether such rapid publication is good for science. “Whatever the explanation is, it’s amazing that there is another issue with a paper in SCNT [somatic-cell nuclear transfer]. The four-day review process was obviously inadequate,” says Arnold Kriegstein, director of the stem-cell programme at the University of California, San Francisco.

Lovell-Badge says that the mistakes still should have been caught, by both the authors and the reviewers and the journal, particularly one staffed by a team of professional editors. “It’s the author’s problem but if it’s a journal like Cell or Nature, then I think, the journal, they have to take some responsibility to make sure there are no errors,” he says.

Veronique Kiermer, executive editor at Nature Publishing Group, says that “this type of image manipulation is not something we expect referees to pick up. It’s not really their role.” She says that the Nature journals do “spot-checking” — on average, of two papers per issue. “But duplications between different figures, or between supplementary figures and the main text, are difficult to pick up,” she says.

Mike Rossner, former executive director of the Rockefeller University Press, implemented image screening as part of the press’s review process in its journals, such as the Journal of Cell Biology, in 2002. He says that all journals should do the same. Rossner says that inappropriately manipulated images appeared in as many as 25% of articles checked, although only about 1% affected the interpretation of the data. “I cannot speculate on whether our image-screening process would have caught these particular issues [in Mitalipov’s Cell paper], but the process does include a visual check for duplicated regions in a figure,” he says.

Marcus defends the fast peer review: “It is a misrepresentation to equate slow peer review with thoroughness or rigor or to use timely peer review as a justification for sloppiness in manuscript preparation,” she wrote in her statement.

Mitalipov admits that a rush to publish might have led to mistakes that he compares to “typos.” But if he had to do it over, he says he wouldn’t take any more time or do anything differently — other than to “make sure the errors weren’t there.”

“We had four cell lines in December. We had five months to put together data. Most images and most figures were ready months in advance. The project was done, completed, written,” he says.

“If you have a paper that’s that hot, it will go through quickly. Other projects will take more time,” he says. “It’s better than [it] sitting on someone’s desk for 6 months.”

Mitalipov is arranging to give about a dozen other groups access to the cells, which would allow them to validate the cell lines. “The first thing we want to do is have people confirm our results,” he said. “We are not hiding these cell lines.”