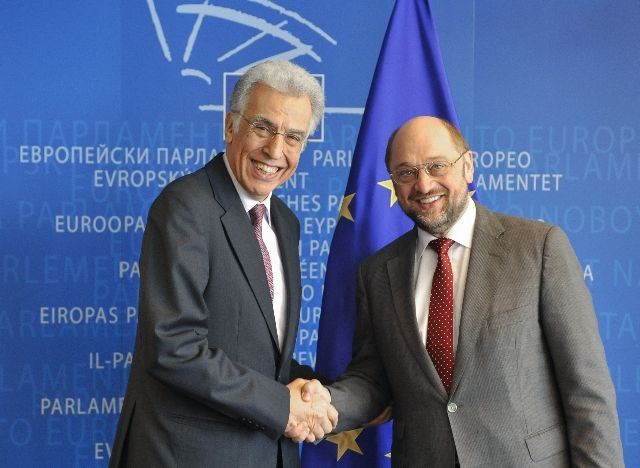 Mr Diamandouros said: “The active involvement of citizens from right across Europe in this event is unprecedented. Thanks to our partnership with the European Parliament, citizens will be able to attend the event in their own national capitals and selected cities and to contribute their ideas to the discussion in Brussels.”

The event took place in the framework of the “European Year of Citizens 2013”. It was focused on how European citizens can concretely contribute to shaping the European Union, either by using the European Citizens’ Initiative (ECI), by turning to ombudsmen, or by mobilising large groups of citizens to pursue grassroots initiatives.

The following top-level EU political figures were in Brussels to listen to, and engage with, European citizens throughout the Member States: Martin Schulz, President of the European Parliament, Viviane Reding and Maroš Šefčovič, Vice-Presidents of the European Commission, and the European Ombudsman himself.

The programme was focused on two major themes: “Help solve the economic crisis” and “Build a clean and healthy Europe”. The event was moderated by Chris Burns, Euronews.

The event was web-streamed live on the Ombudsman’s website in 20 EU languages at:
https://www.ombudsman.europa.eu

The ONE OF US initiative participated in this event, with other ongoing ECIS’.

Via Twitter, ONE OF US participated through this social media.

More information is available at:
https://www.ombudsman.europa.eu/es/home.faces