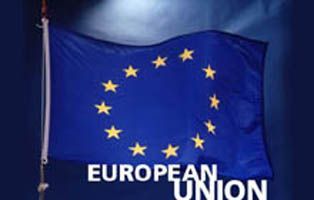 There are still more than two weeks to go, but the European Citizens’ Initiative “One of Us” has already collected 1.3 million signatures, which places it comfortably above the 1-million-signatures threshold that decides on success or failure of such petitions.

“One of Us” is only the second initiative to cross that threshold since this new instrument of political participation was introduced in 2012. In fact, one could even say it is the first one, given that the other successful initiative, which deals with the access to drinking water, does not present a concrete legislative proposal that the petitioners want to see adopted.

By contrast, the petition “One of Us” contains such a proposal. It would consist in modifying the EU’s financial regulation in order to exclude EU funding for all activities that include, explicitly or implicitly, the killing of human embryos. This targets in particular two policy areas: the EU’s research policy, where EU funds are used to finance research activities that involve the use of embryonic stem cells (and which, for this reason, would be illegal in several Member States!) and the EU’s development aid policy, which channels millions of taxpayers’ Euros into obscure “maternal health programs” that, being run by abortion providers such as Planned Parenthood (IPPF) and Marie Stopes International (MSI), are in fact nothing else than an attempt to reduce population growth through mass abortion.

The implementation of the proposals made by the “One of Us” citizens’ initiative would save millions of human lives every year – the lives of innocent children that, financed by unaware taxpayers, are slaughtered by IPPF and MSI. And it would, quite obviously, damage the economic self-interest of those commercial abortion providers. The true merit of “One of Us” is that it makes people aware of the horrible truth that lies hidden behind the smoke-screen of “development aid”…

The abortion industry has been unable to prevent the “One of Us” petition from being successful. But it now tries all it can to mobilize its friends and allies in the political arena in order to make sure that the voice of the people isn’t heard and to prevent the legislative proposal supported by more than 1.3 million citizens from being adopted.

This is done by an organisation bearing a rather misleading name for an organization whose single purpose is the killing of unborn children on an industrial scale: “EPF – European Parliamentary Forum on Population and Development”. But truthfulness was never the strategy of the abortionist movement.
In a recent “Intelligence Brief” that is addressed to EU politicians in order to ammunition them with sophisms to justify the killing of human beings, EPF draws a bleak picture of “those behind One Of Us”, accusing them of an “attempt to make the EU hold the world’s poorest women hostage until developing countries ban abortion”:

“… if successful this initiative would cut the approximately 120 million USD in EU development aid that is currently spent each year to protect maternal and reproductive health and lead to the untold suffering of thousands of women who are denied basic reproductive healthcare services. For the hospitals and clinics in the developing world that provide abortion safely (in countries where it is legal) also commonly provide women with the full range of other essential reproductive health services and supplies. These are services that the initiators of “One of Us” want to deny all women in the developing world, the lack of which currently leads to the deaths of approximately 800 women every day.”

This is a quite remarkable narrative: 1.3 million European citizens have signed a petition that has, according to the EPF spin-doctors, the purpose of cutting development aid, making people suffer, denying them healthcare services, and (eventually) making them die. This is what EPF want to make people believe.

Once again, it becomes apparent that it simply is not possible to promote abortion without using lies. And obviously those lies can never be absurd enough. One misrepresentation leads to another, and in the end one stands before a huge edifice of lies.

But the problem of EPF is that their edifice of lies simply has no plausibility of all for anyone who isn’t ideologically blindfolded. Why would someone with no economic interest of his own take the pain of organising a huge EU-wide petition with the purpose of making millions of poor people suffer? On the other hand, the economic self-interest of EPF and its constituency are all too clear. They actually make a living by killing children on an industrial scale, and are afraid to lose their biggest and most reliable source of income: development aid funds provided by the EU, the US, or other governmental donors.

Regarding the initiative “One of Us”, the truth is that:
• The initiative does not propose the cutting back of any development aid funds. Instead, it proposes to use them to actually provide healthcare to people, rather than to kill children. Rather than cutting back funds, the initiative promotes that proper use should be made of them.
• The initiative does not aim at denying health services to women. On the contrary, it promotes true healthcare, as opposed to the killing of children. The killing of unborn children is not “healthcare”, and one fails to see how it would improve the health of the mothers affected by it.
• No women die because of abortions that do not take place. But many die of the consequences of botched abortions, irrespective of whether those abortions are “legal” or “illegal” in the country at question. And many of those botched abortions are provided by the constituency of which EPF is a mouthpiece.

There is a sense of panic in EPF’s misguided piece of propaganda. But panic is a bad adviser.

LifeNews Note: J.C. von Krempach, J.D writes for the Catholic Family and Human Rights Institute. This article originally appeared in the pro-life group’s Turtle Bay and Beyond blog and is used with permission.