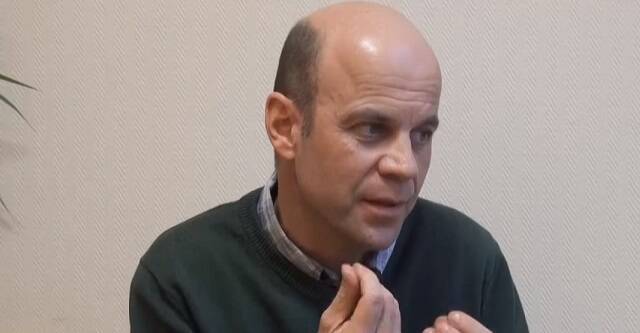 In Belgium they know a lot about euthanasia, more than almost any other country. Perhaps more so than the Nazis , who only euthanized him for six years, while Belgium has been in it for 18 years, since 2002. There are already several promotions of Belgian toilets trained in the disturbing Eurasian mentality. With a more detailed and extensive law than the Netherlands, its «competitor» in the business, its figures do not stop growing, always under the respectability that disguises them in a white coat .

What was a taboo always forbidden to doctors by the Hippocratic oath, is now in this country, rich but aged, a banal procedure. The alleged super-strict controls … how strict are they, if they allow demand to triple?

In a wealthy country of 11 million inhabitants, 21st century medicine, technology and an advanced social system … and in 10 years they have gone from killing 900 people a year with euthanasia to killing almost 2,700. That is, killing the sick multiplies by 3 between 2010 and 2020. And the figures are actually false, because many other euthanasias are not reported.

The figures increase year by year

This is the chronology by years (the detailed report of 2019 here in French):


Furthermore, it is known that in 2019 at least some 450 eliminated (17%) were not terminally ill, that is, they did not have diseases that were rapidly approaching death. That, in the official figures. Presumably, there were many more in undeclared euthanasia.

One of the voices denouncing the slippery slope of euthanasia in Belgium is Eric Vermeer, a professor of nurses, a psychotherapist and a specialist in palliative care and psychiatry. His contribution in the book of experts and testimonies Euthanasia, what the scenery hides , was recently published in Spanish by Ediciones Sígueme. This book gathers the experiences (and the makeup) of the most euthanizing country in the world.

Vermeer knows pain closely and the sick in their vulnerability.

“As a nurse I worked for more than twenty years in the oncology service and later in palliative services. A teacher and psychotherapist for ten years, I am fortunate to continue working with nursing students in palliative care and psychiatry services, as well as supervising care teams . Ethical by training, I belong to an ethics committee in a neuropsychiatric hospital. These occupations give me the invaluable privilege of meeting patients at the end of life or suffering from mental disorders, as well as health personnel and students who face difficult situations, and, at the same time, that of reviewing, in the ethics, clinical situations of great suffering », he explains.

The 2002 law decriminalized euthanasia to make it visible. But the reality is that legal and «illegal» euthanasias have increased. In 2007 the British Medical Journal did a study on the subject entitled Reporting of euthanasia in medical practice in Flanders, Belgium, showing that only half of the actual cases are reported. No one contested or disavowed it and since then nothing has changed.

Eric Vermeer says that no one is amazed: “It is accompanied by strong emotions and decisions that are often made hot. Five years ago, a doctor even went so far as to say in the Senate that he had long since declared euthanasia and that he had not called another colleague to validate the request for euthanasia as required by law.

Vermeer refers to Dr. Marc Cosyns, who stated so in 2013 in a committee on social affairs and justice in the Belgian Senate. He was not a «sinister illegal character,» but an unapologetic professor at the University of Ghent.

With more than 20,000 cases of legal euthanasia declared since 2002, the alleged «tight controls» brought only 2 conflicting cases to court in 18 years. The «controls» are carried out by euthanizing physicians and supporters of this practice. What is clear is that the users (that is, the dead) do not complain after the «service» .

Vermeer denounces that since 2002 many Belgian doctors have been trained in Dutch courses on euthanasia … and instead they have learned almost nothing about palliatives and pain treatment. That malformed generation immediately goes to euthanasia. It hurts the doctor (even in his professional pride) to see that he does not know how to contribute more to the patient … and his solution is to help get rid of the annoying patient.

Experts who do know about palliatives say that 95% of all pain can be alleviated … and yet, due to carelessness, ignorance, stinginess or euthanic culture, 65% of patients continue to die in pain.

Sedation in good ethics is not euthanasia

For 5% of intractable pain, modern medicine can resort to sedation, which is not killing, but sleeping the patient (with the ability to wake up later if his health allows it). Proponents of euthanasia try to confuse the population and say that it is all the same, but that is part of the euthanic propaganda to gain respectability.

“ The intention of euthanasia is to cause death, while that of sedation is to alleviate one or more symptoms. Euthanasia proceeds to guarantee death by injection of a lethal product, while sedation administers medical substances that must be adjusted to the patient’s need with rigorous and regular evaluations. The result of euthanasia is death, while that of sedation is a better quality of life, «explains this expert.

Trivialization: doctors already propose it for everything

Euthanasia in Belgium was originally sold as a «last resort» for terminal states and excruciating pain, but now it works for everything and doctors and even nurses offer it to vulnerable and depressed people very lightly. If a patient tells his or her emotional or family sorrows, they may immediately say «ask for euthanasia.»

– A lady with severe cancer, but is still a long way from death; She complains about her alcoholic husband and her twenty-something daughters who do not visit her. Her attending physician asks her: «Given your health and family situation, do you not think that euthanasia could be the least bad solution?»

– A divorced woman with chronic depression has attempted suicide three times ; the psychiatric nurse, when she arrives at the hospital after her last suicide attempt, says «do you know you can request euthanasia?»; the depressive suicide asks the nurse for more information and she gives him the data of an association promoting euthanasia.

– An older lady has been cared for in a residence for years; a stroke has just left him speechless, although he is conscious; An assistant, in an evaluation meeting of the team that cares for her, comments naturally: «Can’t we propose euthanasia to this woman? It is greatly diminished after that attack »

In theory, the doctors and nurses who propose euthanasia are completely illegal. In practice, it is done continuously because, after all, it is to report a legal thing that exists and offers the State .

Other doctors do not propose it, but neither do they explore alternatives (palliative, psychiatric treatment, attention to loneliness or sadness, better analgesia) for those who ask for it. «As soon as they ask for euthanasia, I send them to the Association for the Right to Die Worthily,» say some Vermeer students.

How much can a country save by eliminating its sick? Canadian researchers did the math in a study published in January 2017 called Cost analysis of medical assistance in dying in Canada : They estimate that each euthanized person saves $ 13,000 for the healthcare system. If about 10,000 Canadians are euthanized a year (they just need to say «well chosen») the system saves $ 130 million.

These researchers remember that the dying are very expensive. In the Manitoba region, they detail, 1% of the population is «guilty» of 20% of health spending: they are those who are in their last (and expensive) six months of life .

The drain of psychic suffering

But in the 2014-2015 report, it was already legally registered that 108 people were euthanized for depression, early stage dementia, bipolar disorder, schizophrenia, anorexia …

It is another example of the dangerous slope: the standard that was promised strict now accepts to euthanize depressed (and suicidal).

Psychiatric cases to think about

In 2012 a 48-year-old psychiatric detainee was euthanized in prison… it is unclear whether he received adequate psychiatric care.

Vermeer recounts the case of a woman who was narrowly saved . Laura, 24 years old, with chronic depression, requests euthanasia. Three doctors say he has «irreversible psychic suffering.» The month required by law passes, the doctor arrives to euthanize her and she says no, that she no longer wishes to die.

Vermeer, like other experts in psychic health, knows that the concept «irreversible psychic suffering» is scientifically very problematic.

Another case Vermeer tells: a bipolar girl fails in her second suicide attempt and the doctor on duty suggests euthanizing her. The girl is in a rage: «Don’t you see that I’m nothing but shit? My adoptive parents have rejected me and I am alone in the world! »

His suicide attempts were distress calls. But what if she had been more depressive, and let herself be led to death in an apathetic phase ?

Another case: Gilberte, with Huntington’s disease, requests euthanasia; They let the month that the law says go by and take her to a euthanizing hospital. When the moment of the act arrives, she suffers a crisis of anguish, refuses to be touched and will later say to the doctor: «My children are the ones who convinced me that I no longer had a quality of life … »

He also comments on the case of Nancy , a woman who was not loved by her mother and continually repeated » I wish you had been a boy.» Nancy Verheist had a sex change, went on to declare herself «Nathan», but her mother still did not want to. So Nancy asked for euthanasia, and the Belgian State, instead of attending to her psycho-emotional problems, undertook to eliminate it medically in 2013. The State is not very good at generating love, but killing is easy for her.

The duel for euthanasia is worse, it does not give peace

Vermeer often tells – in this article, in conferences and videos – the case of a nurse whose husband with terminal cancer asked him to euthanize him but without telling him the date or the time. He already had a route for injections, and a doctor came by every day to inject medicines. This woman said to Vermeer, crying:

«My husband was euthanized and I’m not even sure he fit the conditions of decriminalization. She suffered, it is true, but the medications relieved her. For many days I kept wondering what would be the right day to kill him, but I couldn’t even talk about it. Finally, the doctor and I agreed on a date, but since I had promised not to tell him, I couldn’t even say ‘I love you’ or ‘Thank you’. On the day of her euthanasia we both died; he physically and I psychologically ».

Vermeer states that “it seems increasingly clear that the grieving process is much more difficult when death has been intentionally killed . The more natural death is, the more so is the grieving process. In the future we will talk about the survivor syndrome applied to relatives who survive the euthanasia of a family member. There are many feelings of guilt that are declared in support groups for bereaved people.

Vermeer, a nurse educator, explorer of the pain of psychic or oncological patients, ends his text with a quote from 1970 by biologist and science historian Jean Rostand , agnostic, pacifist and pro-life.

«This sanitized, sanitized society, this society without waste, without blemishes, in which the normal and strong will benefit from all the resources that until now have been absorbed by the abnormal and the weak , this society would re-link with Sparta and would delight the disciples from Nietzsche. What I am not sure of is that it still deserved to be considered a human society, ”he wrote in Le courrier d’un biologiste .