Chinese Hospital Refuses to Do Emergency C-Section Without Payment, Mother and Child Die 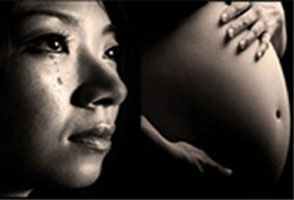 On Oct. 6, hospital officials in the coastal province of Jiangsu pronounced a 28-year-old woman and her unborn baby dead after the hospital had postponed an emergency cesarean section until the family had paid the required amount.

On Oct. 5, Cao Xiangjuan was rushed to the hospital to deliver her baby. However, the hospital refused to provide any sort of medical treatment to Cao and the unborn baby on the grounds that the family had not paid hospital up front. By the time the family had raised enough money to pay the hospital, three hours had gone by.

In the process of the operation, the hospital determined that Cao was in critical condition, and she was transferred to ICU. Doctors refused to allow family members to visit Cao. The following day, doctors announced to the family that both mother and child had died during the C-section.

The hospital sought to settle the matter under the table by paying the family 20,000 yuan ($3,278), but the family did not accept the settlement.

On the morning of Oct. 8, more than 100 riot police equipped with steel batons and riot shields arrived at the scene where the hit many of the deceased’s family members. The riot police then threatened to confiscate Cao’s body if the family did not leave the hospital grounds.

A journalist from Xuzhou was also attacked and had his camera and cell phone confiscated because he photographed the violence towards the family members.

ChinaAid will continue to provide more information as it becomes available. We pray that in the future, hospitals will provide the necessary, life-saving medical treatment that patients need without question of payment. We also ask for prayers for Cao’s family as they deal with this loss and injustice.