Beating the Odds: Significant progress for baby with Trisomy 18 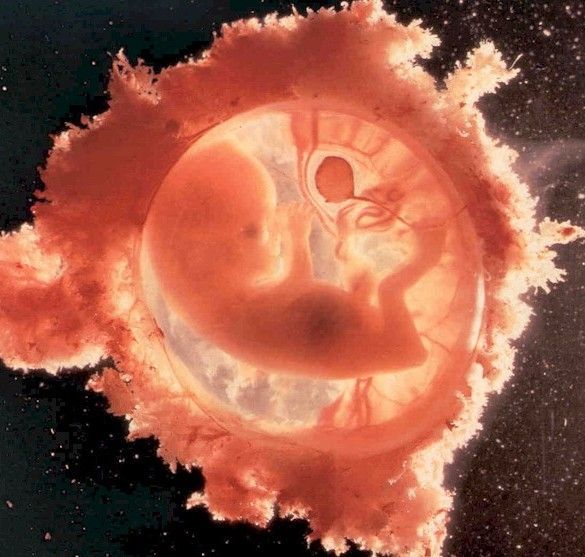 But the similarities end there because the infant – who turned three months old Friday – wasn’t expected to survive birth, much less the ensuing surgeries she has already been through, according to her mother, Mandy Armstrong.

Still vividly able to remember when doctors first discovered something was wrong, Armstrong shakes her head as she recalls being told her unborn baby had Trisomy 18 – a chromosomal condition caused by an error in cell division. As a result, she has three copies of the 18th chromosome instead of just two.

Also known as Edwards syndrome, it’s in the Down syndrome family – which is Trisomy 21 – and causes abnormalities in the development of the brain, heart and other internal organs, Armstrong said, sounding as much like a doctor as a mother.

An ultrasound found the baby’s head was not the proper shape, while doctors also didn’t see any fingers or toes and only one kidney. Turns out, they were right about her head, but she has toes and fingers – including an extra one on her left hand. It’s hard to tell there’s already been surgery to help correct her right club foot, since a cast is covered up with brightly colored pants as well as pink-and-green polka dot socks.

“There’s no doubt she’s all girl, and she has the attitude to show it, too,” Armstrong said with a knowing chuckle.

She has two kidneys, but they function well despite being fused together, Armstrong said, adding that the baby’s intestines are also misplaced.

Her baby was delivered by emergency C-section June 13 and weighed 4 pounds 7 ounces, but has continued to gain weight since she takes a bottle and also has a feeding tube to supplement her nutritional needs.

“It does sound bad when you hear about Trisomy18, especially since so many babies just don’t live very long. And it gets worse when you realize the problems they already face after just being born. Doctors have told us that almost all of the boys born with this will die sooner than the girls, but they are at a great risk too and many live only a few months,” she said.

Armstrong said her daughter not only defied the odds at birth, but continued to progress after returning home from West Virginia University Children’s Hospital’s Pediatric Intensive Care Unit in Morgantown, where followup visits are scheduled on a regular basis.

Unfortunately, mother and daughter are both now back in Morgantown and the baby is once again in the hospital. Doctors are continuing to monitor her condition and waiting for her to get stronger before making decisions.

In the beginning, doctors said she wouldn’t be able to suck, but Journee now uses a bottle as well as a pacifier and has lately discovered her tongue – unexpectedly sticking it out at times, Armstrong said with a laugh.

Not that it’s been easy. Since Journee didn’t understand what to do, a speech therapist advised Armstrong to massage her gums to help stimulate her swallowing skills. Just two days later, she was sucking from a bottle.

“She really is a miracle baby. Even the doctors and nurses were amazed at how well she did and how quickly she recovered from open heart surgery at just 11 days old,” Armstrong said, pausing momentarily as she brushed away some tears.

“We know she has a long way ahead of her, but we know she can make it – and that’s part of the reason we named her Journee,” she said softly.

There’s no doubt there will be additional planned surgeries, including an operation on her skull that’s necessary to allow adequate room for future brain development, Armstrong said.

Even though the past few months have been rough, paternal grandmother Debbie Etter believes doctors were trying to be kind by giving family members a “worst-case scenario,” adding, “If you didn’t have an idea about what was possible with this disorder, it would be even harder to cope when things go wrong. Fortunately, Journee has had a lot to overcome, but she’s doing great.”

Other family members, including Journee’s father, Josh Hoover, are equally optimistic about her future, Etter said.

Armstrong wasn’t sure what to expect because Hailey has Moebius syndrome – a rare, congenital neurological disorder characterized by facial paralysis and an inability to move the eyes from side to side. It is due to underdeveloped cranial nerves that control eye movement and facial expressions.

“Hailey has very low muscle tone in her face, drools a lot and doesn’t speak. It’s taken her all this time to just begin trying to talk somewhat,” she said.

“But when these two girls got together, it was like they already had a deep bond. Journee stayed awake and just kept smiling at her sister. It was like they had always known – and loved – one another. I’ll never forget that time,” Armstrong said.

Already a local celebrity, the baby has her own Facebook page – Journee Kay Hoover – and bracelets are being sold to help pay for medical expenses not covered by insurance, as well as to defray family transporation costs as they travel to Morgantown for frequent doctor appointments.