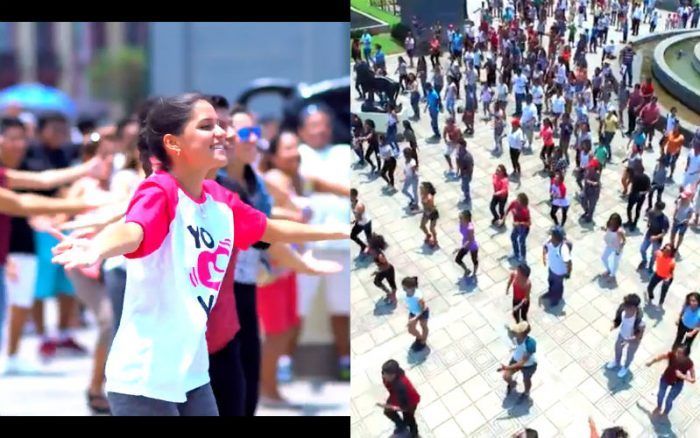 Organizers of the Peru March for Life created an enthusiastic new video recently that shows a flashmob celebrating the lives of babies in the womb.

Churchpop reports the pro-life organizers created the music video to promote the upcoming march. The video shows a lively crowd of young pro-lifers gathering in downtown Lima, dancing and singing as they celebrate the lives of babies in the womb.

The pro-life event, Marcha por la Vida, is scheduled for March 25 in Lima. The theme this year is “Take to the streets: Defend life.” Organizers said they hope to challenge even more Peruvians to become involved in the fight to defend life from the moment of conception to natural death.

“With the concept this year, we want to encourage people to take the streets for life, defending without fear this fundamental right of every person,” organizers said on the march website.

Peru is a strong pro-life country, and the annual march typically draws huge crowds to the capital. In 2016, an estimate 750,000 Peruvians marched in Lima to celebrate the value of every human life from conception to natural death.

The Peruvian government also recognizes March 25 as the Day of the Unborn Child. According to the march website, the day is “based on article 1 of the Political Constitution of Peru, which states that: ‘The defense of the person Human dignity and respect for their dignity are the supreme end of society and the State.’”

Unborn babies are protected from the moment of conception in Peru, and abortion is illegal. Peruvians have rejected continued pressure from abortion activists to change their life-saving laws. In 2015, lawmakers in Peru dismissed a bill that would have allowed abortions of babies conceived in rape, LifeNews reported.

Simulation of the beginning of a pregnanncy using an «Artificial Embryo»
diciembre 20, 2022
Search
Categories
Recent Posts
Ir a Tienda