A hymn to the yes…to life 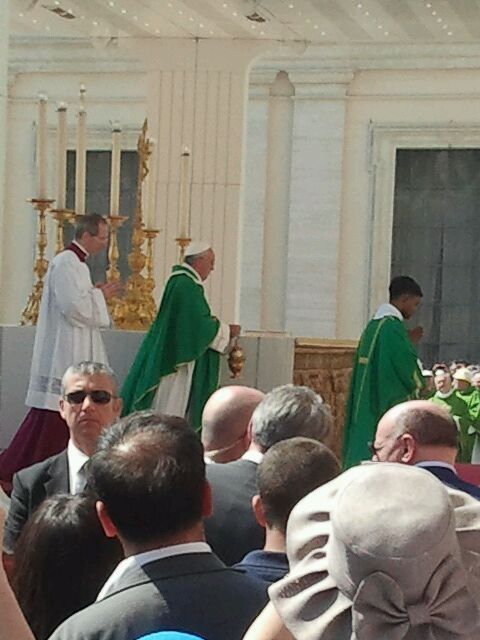 The national coordinators of One of Us, from the 27 EU countries, along with Croatia, in the EU from July 1, the European Coordination Office, MEP Carlo Casini, President of the MPV, the executive of the MPV and all the people of life, attended this morning, June 16, 2013, at the Mass celebrated by the Holy Father in Piazza S. Peter, for the Day of Evangelium Vitae, the encyclical of John Paul II on unborn life.

Papa Francesco invited to choose to live the Gospel of life that gives to everyone the freedom and fullness.

«A Christian is a person who thinks and acts in everyday life,» said the Pope. For this, he continued, is realistic and fruitful. The Holy Father, referring to the laws and actions against human life, especially unborn life,  remember how to choose the ideologies of death, that are fruit of selfishness, money,etc, leads to slavery and to do evil for themselves, the others and for the entire society .

Papa Francesco invites everyone to make his life a «Hymn to the yes» … to life. The Prayer of the Faithful for «legislative assemblies» because «…The Lord guides them to understand the truth and to serve every man through wise and just laws» is a new invitation to the people of one of Us to continue with even greater fervor, the race to the million signatures.

At the end of the Eucharistic celebration brought greetings to the Holy Father, on behalf of One of Us, Michael van der Mast, national coordinator of the Netherlands, the 7th country that has reached the minimum required, Carlo Casini, Pino Morandini, vice president of the MPV and Paola Mancini, secretary.»