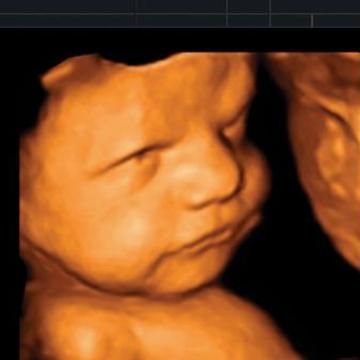 Using remarkable technology to eavesdrop on the unborn child, it seems as if every day in every way we find that he or she is a remarkable human being. One study builds on another on another, and so forth, showing ever-greater complexity.

Researchers interpreted the behavior as babies “practicing” facial expressions. The article was published in the academic journal, PLOS ONE.

Just this past week, publishing in the journal “Developmental Psychobiology,” researchers found that that babies get better at anticipating their own movements as they enter the later stages of gestation. Put another way, “For the first time, psychologists discovered that foetuses were able to predict, rather than react to, their own hand movements towards their mouths as they entered the later stages of gestation compared to earlier in a pregnancy,” according to Carolyn Buchanan.

Here’s how Buchanan summarized the way the way “psychologists at Durham and Lancaster Universities tracked movements in a total of 60 scans of 15 healthy fetuses (8 girls and 7 boys) at monthly intervals between 24 weeks and 36 weeks gestation.”

“In the early stages of gestation, fetuses were more likely to touch the upper part and sides of their heads. But as the fetuses matured, they began to increasingly touch the lower, more sensitive, part of their faces including their mouths.

“And by 36 weeks a significantly higher proportion of fetuses were seen opening their mouths before touching them. Researchers say this suggests that in later stages of pregnancy, the babies were able to anticipate that their hands were about to touch their mouths, rather than just reacting to the touch.”