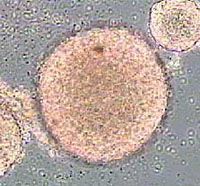 When it comes to stem cell news you can use the best source is Family Research Council’s resident mad scientist, Dr. David Prentice (actually the only time I’ve ever really seen him mad is when reporters and actual mad scientists neglect to point out the differences between embryonic and ethical forms of research.)

His latest missive is on how states are turning more and more to ethical forms of stem cell research. This turn is mostly not due to a sudden fit of morality that killing human embryonic stem cells for experimentation is wrong but that over and over its ethical stem cells research, and not human embryonic, is where true treatments and cures are being found.

For decades the left was playing politics with science when it came to stem cells. In the stem cell debate, claims for human embryonic stem cell research advanced a liberal political agenda — legitimizing and guaranteeing federal funding for ethically contentious research. For the same political reasons, the increasingly strong evidence of actual therapeutic benefits to patients from ethically non-contentious adult stem cell research was distorted or hidden.

However research by Gene Tarne of the Charlotte Lozier Institute finds that states are looking less to line the pockets of questionable researchers and instead looking for actual results. It is morally wrong to destroy week-old human embryos for research using their stem cells – and funding such experimentation diverts funds from research and treatments that are providing real therapies today using adult stem cell sources. The Washington Times has more:

In 2007, the newly created California Institute for Regenerative Medicine kept its promise and spent $121 million on human embryonic stem cell research. Of 100 grants the institute issued in its first year, not one went to a project that used adult stem cells, Mr. Tarne said in his July 2012 report for the Lozier institute.

Maryland’s grants can be seen as “an important bellwether” for the research choices, as the state is home to the Johns Hopkins University School of Medicine, a leading site for stem cell research, Mr. Tarne said.

In fact it is so popular even my favorite Governor is getting in the act:

Meanwhile, a Kansas stem cell research center that, by law, won’t use stem cells culled from human embryos also is taking off.

“This is the beginning,” Kansas Gov. Sam Brownback said Nov. 23, when the Midwest Stem Cell Therapy Center held its inaugural conference. “We are catching it right as the field is really starting to burgeon,” he said, according to the Kansas Health Institute News Service.

The center — approved in April by the Kansas Legislature and Mr. Brownback — is “a visionary move” to “support science that can actually lead to a lot of new therapies and potentially change the face of medicine,” said Dr. Buddhadeb Dawn, director of the center, which is housed at the University of Kansas Medical Center in Kansas City.

“Adult stem cells are the ones that have been shown to be effective for patient treatment,” he said.

I love it when science finally catches up to religion.

For more on stem cell research that saves lives check out