Down syndrome in Denmark 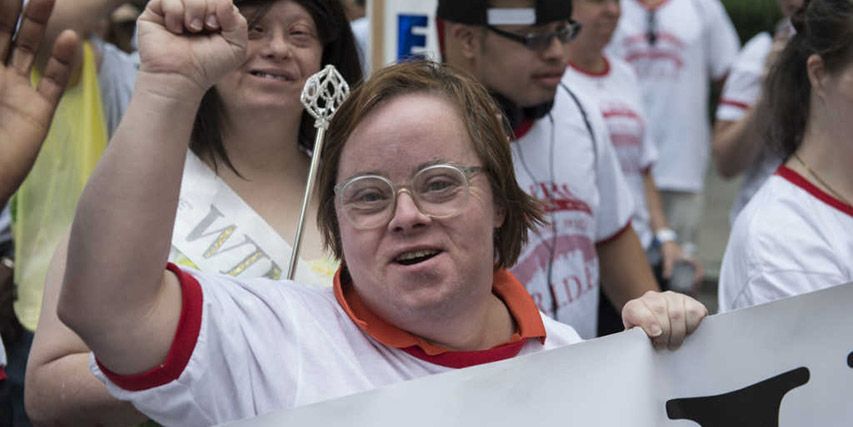 The number of babies born with Down syndrome in Denmark continues to drop, with the lowest number recorded since the country began a Down syndrome registry in 1970.

“We know that many switch to autopilot when they are told that they are expecting a child with Downs. ‘It’s too overwhelming and we choose not to go through with it,’ is the reaction,” Grete Fält-Hansen, chairman of Landsforeningen Downs Syndrom, told TV2 News. “Our goal is to qualify the decision. The new figures call for the health authority to take responsibility and provide updated and nuanced information. We can’t have a society that automatically turns to abortion because of a diagnosis.”

Denmark is hardly alone in this near extermination of people with Down syndrome. Iceland made international headlines several years ago when it was revealed that the country has a nearly 100% abortion rate for babies with Down syndrome. In Poland, out of just under 1,100 abortions committed in 2016, almost all were due to disability. In the Netherlands, women are told they have a “moral duty” to have an abortion if their child has Down syndrome, and Australian media glowingly praised a new prenatal screening that could, in their words, “effectively end Down syndrome.”

Prenatal testing itself is tool that can help save the lives of preborn children, including those that have Down syndrome. With an early diagnosis, doctors and parents can properly prepare, diagnose potential health issues early, and make plans for any extraordinary health care the baby might need upon being born. Children with cystic fibrosis likewise often need bowel surgery immediately after birth, making a prenatal diagnosis incredibly important. Prenatal surgery on babies diagnosed with spina bifida vastly improves the child’s chances of walking.The problem, then, is not with prenatal testing, but the fact that it has been hijacked by the abortion industry as a eugenic weapon in the culture of death. People with disabilities have inherent value and worth like every other human being on the planet, but when we begin accepting the idea that it is acceptable to kill certain people based solely on another person’s feelings about their worth, this kind of result is unsurprising and tragic.