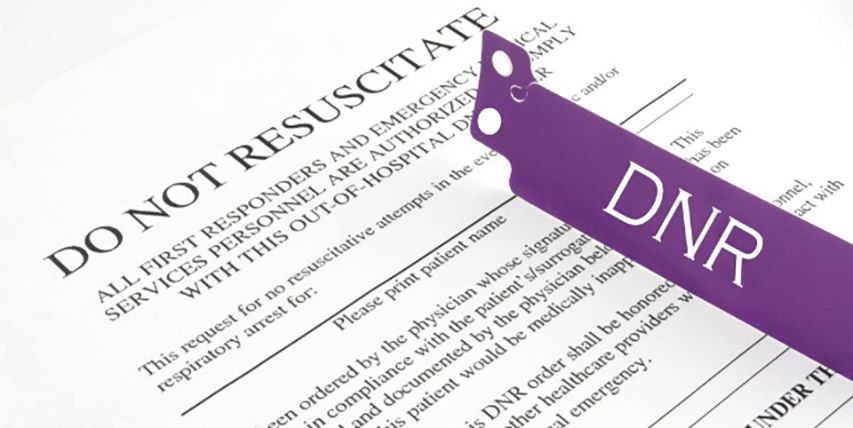 Nursing homes in the UK were asked by government health managers and family doctors to place blanket “Do not resuscitate” (DNR) orders on all residents at the height of the coronavirus pandemic to keep hospital beds free, a report has alleged.

The Queen’s Nursing Institute (QNI) surveyed 128 nurses and care home managers about their experiences in March and April. One in 10 said that they had been ordered  to change DNR plans without discussion with family members, nursing staff, or with the residents themselves.

Half these worked in homes for the elderly, and half in homes for younger people with learning or cognitive disabilities.

Staff also claimed that some hospitals had a ‘no admissions’ policy for care home residents – even for conditions such as heart attacks. They also found it difficult to make appointments with GPs for elderly people.

One anonymous respondent, when asked about DNRs, said: “We were advised to have them in place for all residents. We acted in accordance with medical advice and resident wishes, not as advised by a directive to put in place for all by a Clinical Care Group representative. We challenged this as unethical.”

At the beginning of April, the medical director of the National Health Service for England, Stephen Powis, banned the use of blanket DNR forms after he learned that a practice in Wales had asked its elderly patients to complete forms to stop emergency services being called if they contracted Covid-19. Another practice in Somerset told autistic adults they should sign DNRs to prevent resuscitation if they became critically ill.

However, until the QNI released this report (not currently available on the internet) the extent of the problem was not known.

Alison Leary, of London South Bank University, told The Telegraph (London): “I was quite surprised how many people reported issues with DNRs, as I was expecting one or two. But that 10 percent of the respondents raised an issue, because they were either blanket decisions for whole populations, or they were imposed without discussion with the care home or the family or the residents, and that is really worrying.

“These decisions were being made by NHS managers not clinicians. And this wasn’t just happening with elderly people, it was those with learning disabilities or cognitive problems of all ages.

“I think there should be an inquiry. The way the situation for care homes has been handled needs a retrospective view, particularly because winter is coming, which is always a difficult time for this group of people.”