You are here:
EventsOne of Us 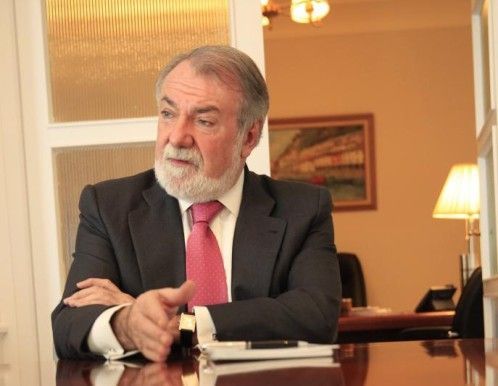 Mr. Jaime Mayor Oreja, President of the European Federation One of Us, in defense of Life and Human Dignity, within the framework of the conference organized by the Sinthesys University Forum, stated the following:

On one side and the other of the Atlantic Ocean, the unexpected, the unimaginable, becomes part of the everyday.

Yesterday, it was the Brexit in Britain, today is the tie between American candidates. The unimaginable surprises us every day.

Only a very deep change of our personal attitude, only understanding that the crisis lies in the kind of society we are developing rather than in the political crisis, will lead us to the resolution of this crisis of values.

The European Federation One of Us aims, in the context described, to help to establish and expand a stream of European opinion settled precisely in the Christian values which have gradually been forgotten in recent decades. We want to be in the cultural debate, rather than in the political debate, because we believe that therein lies the core of our crisis.”

One of Us statement on the new resolution of the European Parliament on the 7th of July
July 8, 2022

The new abortion Law in Spain: new attack on the right to life, the women, the under age and their parents
May 19, 2022
Go to Top