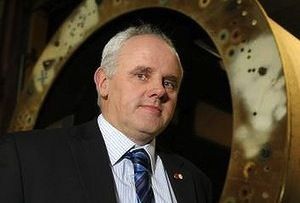 The Democratic Labor Party senator John Madigan will introduce on Wednesday a private members’ bill seeking to remove Medicare funding for abortions ”procured on the basis of gender selection”.

Senator Madigan, who could hold a balance of power vote in the Senate after the September election, said he would ”seek support from other politicians who are on the record as being pro-life”.

He said he had ”seen data that abortion on the basis of gender selection is happening overseas and that means it is likely to be happening here” although he conceded it was ”difficult to get Australian data” on the issue.

Senator Madigan would need the support of the major parties for his bill to be brought to a vote, or even to be fully debated.

But the Victorian senator has said he is determined to air his strong pro-life views.

”For those of us who for decades have fought for justice for the unborn, it galls me to watch political candidates strut around seeking votes from pro-life groups only to hear their entourage proclaiming platitudes such as ‘just wait until so and so gets in. They’re staying quiet now but when they are in they’ll sort things out’,” he said in a speech last week to The Sydney Institute.

”Then the aptly named ‘so and so’ is elected and the excuses start . . . to those politicians I reserve my utmost disgust,” he said.

”We recently had Tony Abbott repeat that he would like abortion to be ‘safe, legal and rare’. However, I would like to point out that there is no such thing as a safe abortion; someone always dies.”

There are MPs and senators with strong pro-life views in both major parties. Senator Madigan said he would raise his private members’ bill with Mr Abbott ”but in the first instance it is an issue for the Senate”.

The Australian Greens said on Wednesday that Senator Madigan’s move was a ruse to revive the issue of pregnancy terminations.

Greens senator Richard Di Natale says the move was a ”thinly-veiled attempt” to revive the abortion issue in Australia.

”It is not the same hot button issue as it has been in the United States,” he told reporters. ”We have for a long time now accepted a women’s right to choose.”

The former GP queried the extent of sex-selection abortion in Australia.

”I never saw any example of anybody deciding to make a choice on the basis Senator Madigan is suggesting,” he said.