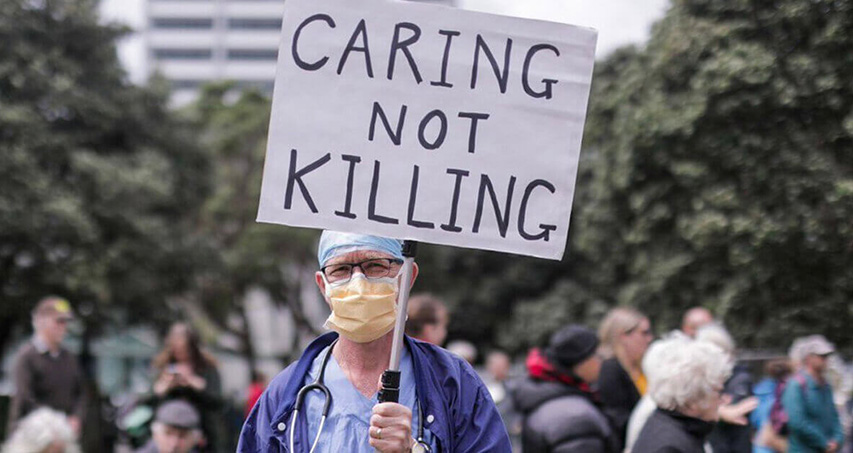 The Belgian Constitutional Court declared that the country’s euthanasia law is unconstitutional and must be amended. Thomas Moller-Nielsen reported for The Brussels Times on October 21 that:

The ruling does not imply that euthanasia is, or soon will be, illegal in Belgium: rather, it merely notes that key provisions of the law cannot be consistently reconciled with Belgium’s Constitution.”

In its written judgment, the Court concluded that Article 3 of the current euthanasia law implies that violation of the so-called ‘procedural’ conditions for legally ending someone’s life is punishable by the same standards as the violation of so-called ‘fundamental’ conditions.

The Belgian Constitutional Court decision was based on the Tine Nys case. Nys died by euthanasia based on psychological suffering. She was approved based on being diagnosed with autism but her family states that she asked for euthanasia based on a broken love relationship.

The meaning of this decision will be explained after further analysis, but it appears that the court is suggesting that the law is too restrictive, meaning the court is stating that the violating the procedural conditions should not be punishable in the same way as ending someone’s life, but rather a simple punishment for violating procedures, possibly a monetary fine.
In view of this judicial decision, doctors have been violating the legal procedure for years without being sanctioned. The lawsuit filed denounced that Tine Nys was murdered by mistake, and this must be considered as something much more serious than a simple procedural error.
From the One of Us Federation we continue to denounce the monetization of human life, and this both at the beginning and at the end of it. We cannot reduce an event as serious as the death caused to a person to a merely economic issue.
Read more.
Categories: Euthanasia, NewsOctober 26, 2022
Share this post
Share on FacebookShare on Facebook TweetShare on Twitter Share on WhatsAppShare on WhatsApp