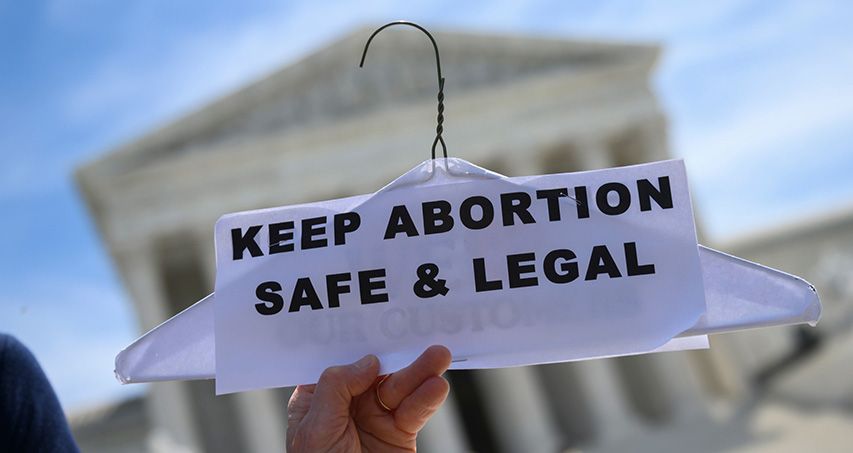 1,920 more abortions than in 2020 have occurred in Spain in the last year according to a report published by the Ministry of Health coinciding with World Safe Abortion Day. The terrible pre-pandemic and confinement figures in our country are recovered. 90,189 women have aborted, 312 were girls under 15 years of age.

Most of the women who have terminated their pregnancy have a partner, have studies with a level similar to a baccalaureate, are employed by others and do not have children. The average age for interrupting their pregnancy the most is between 25 and 29 years.

723 women had already aborted more than five times before, which suggests that many of them resort to abortion as a contraceptive method.

More common in the first weeks

As indicated by the State Registry of Voluntary Interruptions of Pregnancy (IVE), most abortions take place during the first weeks of pregnancy. More than 90% before week 14 and 72.4% with less than eight weeks of gestation.

Thus, 71.85% of them were registered before the eighth week of gestation, while only 0.18% occurred beyond the twenty-third week. Regarding the use of contraceptives, according to the data, 41.31% did not use any.

Most in private centers

The vast majority of abortions are performed in private out-of-hospital centers. According to the 2021 report, public hospitals avoid them. Of the 90,189 interruptions included in the state registry, they were carried out in 210 authorized centers, only 15.67% were carried out in public centers.

Why do women abort in Spain?

In almost 91% of cases, it is interrupted ‘at the request of the woman’, that is, because of the desire not to be a mother. Only 5.58% were performed because the health and life of the pregnant woman were at serious risk, 3.12 percent due to the risk of serious abnormalities in the fetus and 0.29 due to fetal abnormalities incompatible with life or extremely serious and incurable disease.

From the association that groups accredited clinics for the interruption of pregnancy, ACAI, the increase in chemical abortion is denounced, promoted by the administration of drugs such as mifepristone or misoprostol, especially in public hospital centers, “even in weeks of gestation not recommended by the World Health Organization, beyond week nine.

It is surprising that, given these alarming data offered by the Government of Spain, Minister Carolina Darias has announced her intention to continue guaranteeing the right of women to voluntary termination of pregnancy in public health, without promoting on the other hand plans that help women to prevent unwanted pregnancies or incentives for those who decide to continue with the pregnancy.

For Alicia Latorre, president of the Spanish Federation of Pro-Life Associations in statements to Europa Press “these are figures that we should be ashamed of and seriously consider that there can be neither demographic nor economic recovery, nor true progress, in a land that considers killing a crime and that abandons mothers, that dedicates the money to subsidize death at the beginning and end of life».

From the data provided by the Ministry of Health we conclude the following assessment:

1. Abortion is not safe in any case. It is not for the mother who aborts or for the aborted child. Neither is it in chemical abortion, of increasing prevalence. In addition to the death of the unborn child, the risks associated with the surgical or pharmacological interventions used should be noted, as well as the sequelae that the abortion causes in the women involved.

2. The extension of abortion is facilitated both by its liberalization from the institutions, which promote recognizing it as a right for women, ignoring the child’s right to life, and by the absence of proposals that offer alternatives to women who are studying with a unwanted pregnancy: without aid to continue with the pregnancy, without reflection time, without information, with free to practice it and without any limit, nor need to notify the parents in the case of minors under 16 years of age.

3. The vast majority of abortions, more than 90%, do not respond to medical causes: it is about imposing the mother’s desire against the child’s right to life.

4. The growth in the number of chemical abortions means that many of them are not counted in the statistics: women abort alone at home, although in many cases they must return to the hospital due to serious complications. The abortion figures offered by the Ministry may, therefore, be underestimated.

5. The promotion of abortion, instead of working for its eradication, facilitates repeat abortion: two women a day in Spain abort for at least the sixth time. The reiteration in the practice of abortion multiplies the risk of sequelae in the women involved, as shown by most of the related studies.

The harmful effects of abortion extend beyond the mother and her child: they involve the entire social structure, contributing to the serious demographic problem that the governments that promote it seem to ignore, and are an indicator of the decline of a civilization that eliminates its weakest members, as Jerome Lejeune once stated. These are the ones who deserve the best care.