This unique and first of its kind event will most notably be marked by:

Europe stands at a civilization’s crossroad where its citizens stand for and urge for the founding fathers’ human values: respect for each human being’s dignity from conception to natural death.

Threats against the weakest are growing: sales of organs and tissues from abortion by Planned Parenthood in the US, drifts towards euthanasia of disabled and minors, women and children trafficking through gestational surrogacy, etc.

What are the risks and realities in Europe? What are the solutions and alternatives? Addressing these issues and the broader picture of life in Europe is the intended purpose of the One of Us Forum.

The Forum and the One of Us Award organized by the Federation will give to the large public, the media and EU decision makers an echo of the 2 million citizens voices supporting the One of Us Initiative. The Forum has the potential to become the number one annual event and platform where personalities and citizens join in celebrating and affirming that: “Every life matters!”

1st ONE OF US Award given to “Koy” Pattaramon Chanbua, from Thailand, mother of Baby Gammy.

This Saturday March 12, the new ONE OF US Federation organized the 1st ONE OF US Forum for its first major public launch in Paris at Salle Gaveau. 1200 participants from the 28 European countries, 31 national organizations, high-ranking political officials, health and legal experts joined at this first-of-a-kind event in Europe.

Eugenics, research on embryo, gestational surrogacy, euthanasia, transhumanism: there are many challenges faced by this new force for life and human dignity in Europe.

During this Forum, the first ONE OF US Award was given to a “humble hero of life”. The winner is a young Thai woman, Pattaramon Chanbua mother of a baby born with Down syndrome who generated an international emotional outcry when in summer 2014 her story was revealed. Baby Gammy was conceived through an agreement of so called “surrogate motherhood” and was then threatened to be aborted as the Australian couple who contracted only wanted to keep her sibling.

For Jaime Mayor Oreja, the President of the ONE OF US Federation, and Jean-Marie Le Méné, the President of the Jerome Lejeune Foundation (a member organization of the ONE OF US Federation and the Forum co-organizer): “The Federation is building upon the momentum created by the great success of the ONE OF US European Citizens’ Initiative to protect the embryo that was then signed by almost 2 million European citizens. Too much political and market pressure weigh on legislators to encourage fantasies of an augmented humanity, including outsourced maternity, the dream of a perfect child and the death of death, which gradually attempt to kill our Judeo Christian civilization. This Forum is the founding act of a new Europe for life, returning to the strength of its roots, breaking with the libertarian ultra liberalism and a long guilty silence.”

Among other actions, the ONE OF US Federation is announcing a solemn appeal from European experts in health, law and politics. In the footsteps of the 2 million citizens who signed the European Citizens’ Initiative, they call for a key and legitimate debate on the limitation of European Union funding to ethical programs which do not imply the destruction of human embryos. The appeal can be signed in multiple languages here: www.oneofusappeal.eu

ONE OF US European Award Finalists

The first ONE OF US European Award will be given on March the 12th, 2016 in Paris during the closing ceremony of the ONE OF US Forum. Following a wide consultation, grassroots organizations from 18 various European countries nominated individuals who “showed exceptional commitment to the promotion, respect and defense of life and dignity of the human person, from conception to natural death.”

All those personalities deserve to be honored, but one Winner will be secretly chosen among 5 “finalists” through a democratic vote of the ONE OF US Federation members. For the first time, the names of those finalists are made public below, by alphabetical order. 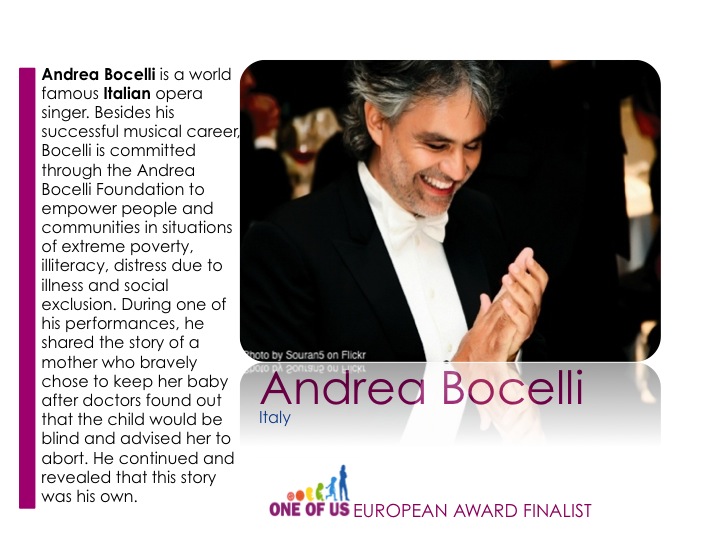 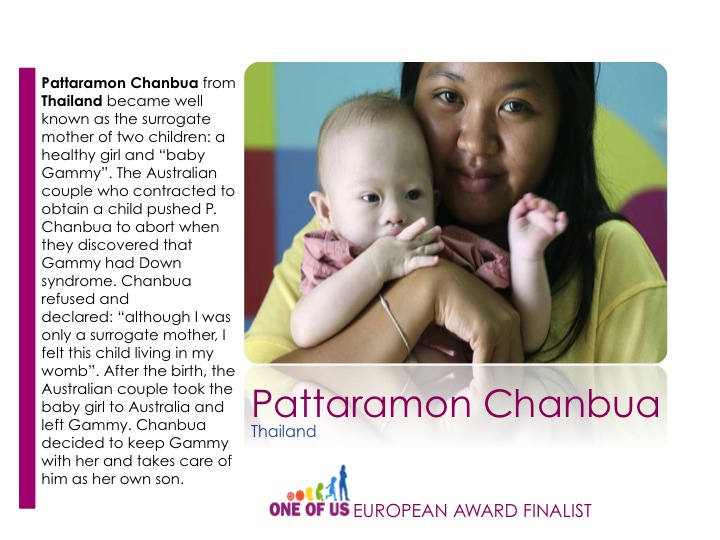 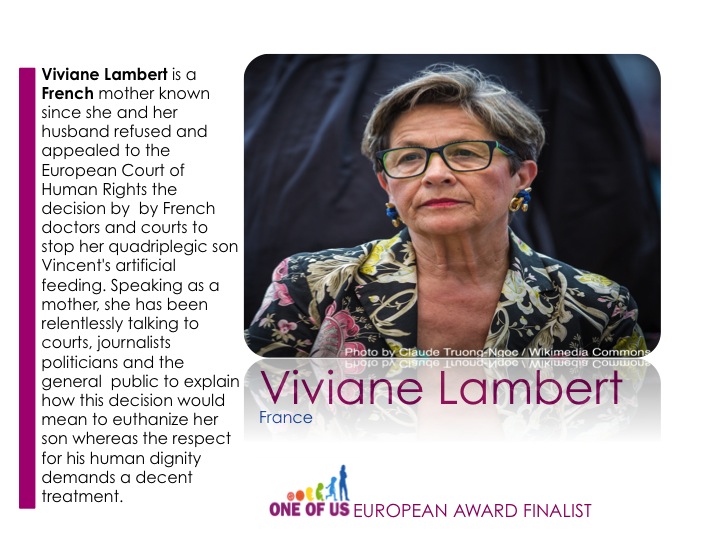 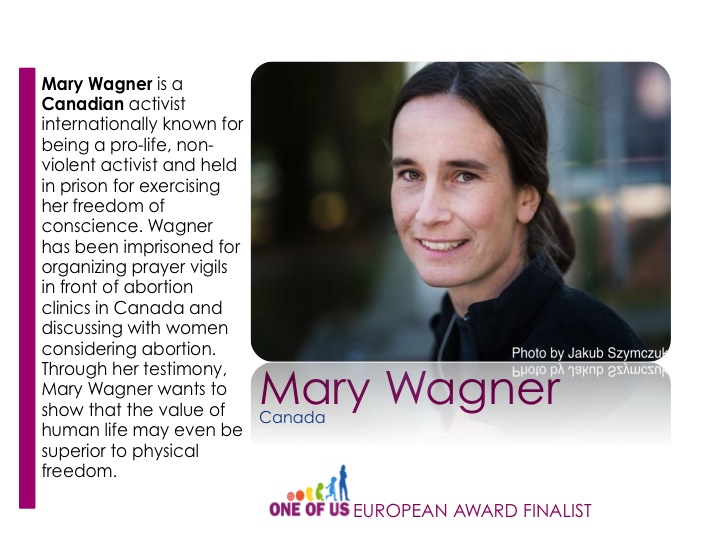 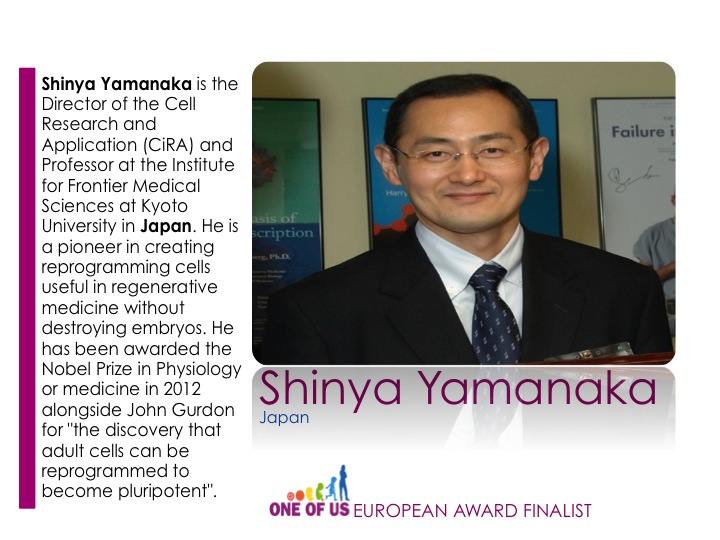