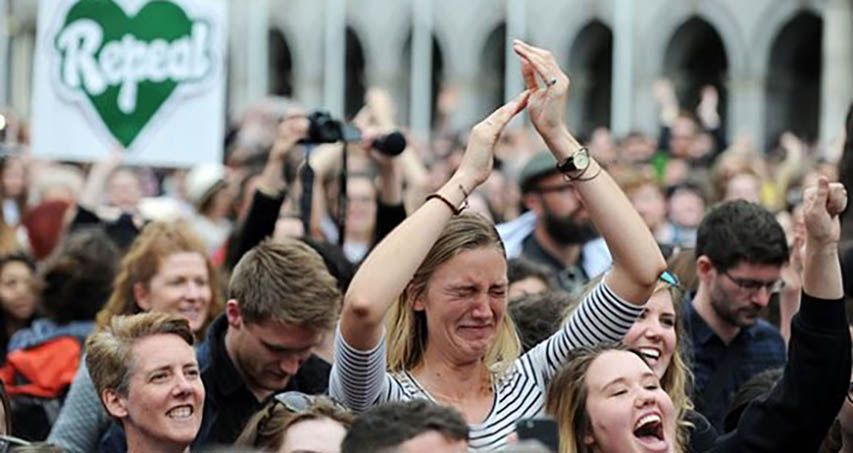 The Pro Life campaign has stated that the three-year review of the abortion law will be a waste of time if it does not look closely at the spiraling abortion rate in Ireland.

The deadline to submit allegations to the Government review is tomorrow, Friday, April 1, 2022. At the group’s launch outside the Dáil today, Eilís Mulroy of the Pro Life Campaign said: “It is a devastating fact that 13,243 abortions have been carried out in the first two years of the new law coming into force. It represents an increase of more than 70% in abortions in that short space of time. Unfortunately, as things stand, the three-year review is turning into a sham, as the Health Minister deliberately only met with pro-abortion groups when deciding on the framework for the review. To date, the government has given in to all pro-abortion lobby demands and ignored all other views and perspectives. This is not how democracy is supposed to operate.

“A recent poll by Amárach* showed that an overwhelming 89% of the public support offering women information about alternatives before an abortion is performed. The three-year review should acknowledge findings like this and invite people experienced in providing such information into the decision-making process. The review will be a complete waste of time if it does not look closely and in detail at the heartbreaking reality of Ireland’s rising abortion rate and lack of information on alternatives for women. It is the responsibility of everyone in government to facilitate such a discussion, rather than trying to shut it down.”

Ms Mulroy continued: “Despite our well-founded concerns about the way the Government has conducted the review process to date, we are encouraging life advocates to make individual submissions for the review before of this week’s deadline. It is vitally important that the rights of unborn babies and their mothers are represented in the review and it is our job to ensure this happens. After that, it is the Government’s responsibility to take the time to consider what has been submitted, in a fair, thorough and transparent manner. “The focus of the three-year review should be to try to reduce the abortion rate, not expand access. It should be about making life better, not taking it away from us.”