A German court recognizes the right to pray before abortion clinics, without obstructing the way 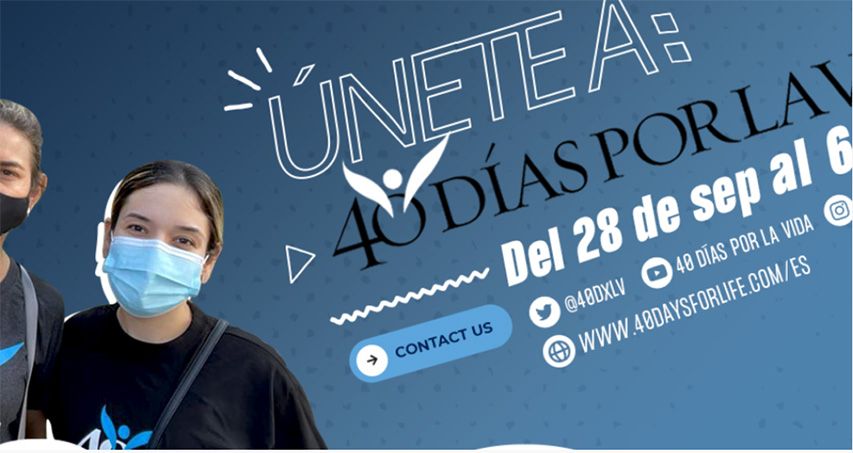 Little by little, different sentences are arriving in Europe that reaffirm that the right to free assembly and expression and religious freedom protect prayer meetings before abortion clinics, especially when it comes to meetings that do not obstruct the passage or are noisy.

Along these lines is the sentence of last August 31 (feast of San Ramón Nonato, patron saint of pregnant women and babies) in which the Administrative Court of Mannheim, Germany, recognizes the right of the group 40 days for Life to meet and pray before a clinic. Specifically, it details that the public authority cannot prohibit silent and peaceful meetings (such as those of this group throughout the world) in specific streets. (Summary of the sentence in German, here).

The case began when the city of Pforzheim ordered the pro-life group to pray where they would not be seen or heard by the local abortion clinic. Until then, they were doing it across the street, 4 lanes away from the gate. 40 Days for Life protested and in 2020 a first court found that the municipal ban was legal. But with the help of ADF International the pro-lifers appealed and now the new ruling makes it clear that they can meet and pray and display signs as long as they don’t block the path to the clinic.Pavica Vojnovic, a spokesperson for 40 Days for Life, expressed her delight at the sentence: “I am heartened that we can resume our prayer vigils in support of women and their unborn children wherever we feel makes the most sense. It is a great relief that the court has recognized our fundamental freedoms”, remarked the pro-life leader.

Tomislav Cunovic, a lawyer in the case with the help of ADF International, told Aciprensa that “the accusations against the pro-life group were false and lies, manipulations,” and it was shown that the pro-lifers prayed “peacefully near the entrance,” “without disturbing anyone and above all without disturbing pregnant women”.

Prohibitions to pray before abortion: its legality and effectiveness is doubtful

In England, Scotland, Spain and some other European regions, laws are being passed to prevent public prayers in front of abortion centers, but their fit with freedom of assembly and movement is doubtful, some are very poorly drafted, and little by little sentences are issued in this regard.

In January, the Christian Lawyers Foundation published a first series of tips and recommendations for prayer meetings before clinics in the new Spanish legal framework (here in ReL).

In general, in the sentences that are emerging in Europe, it is observed that if there is no obstruction to free movement (if the entrance to the place is not blocked or physically difficult) and if the lawyers persevere in appealing, the sentences will tend to defend the right meeting, expression and demonstration.

This was verified in another German case, a judgment of December 16, 2021 of the Frankfurt Administrative Court that ruled that prohibiting or limiting vigils before abortion clinics is incompatible with the right of assembly. Volunteers Explain Why They Go To Abortion Clinics To Pray;

Some 2,000 volunteers in Spain participated in the autumn 2021 campaign, taking turns.

In Spain, 40 Days for Life will hold its first congress on September 10 and 11, in the context of the new Spanish law that fines anyone who “hinders” access to abortion clinics, a law that allows clinics to call the police with any excuse. In the congress, among other topics, it will be explained how to continue forming prayer groups before the clinics protected from complaints. The Bishop of Alicante, José Ignacio Munilla, will participate in it. (More information about this congress here).

To register for the I National Congress of 40 Days in Spain, interested persons can contact the organization by email 40diasporlavidaespana@gmail.com or by registering on this form.