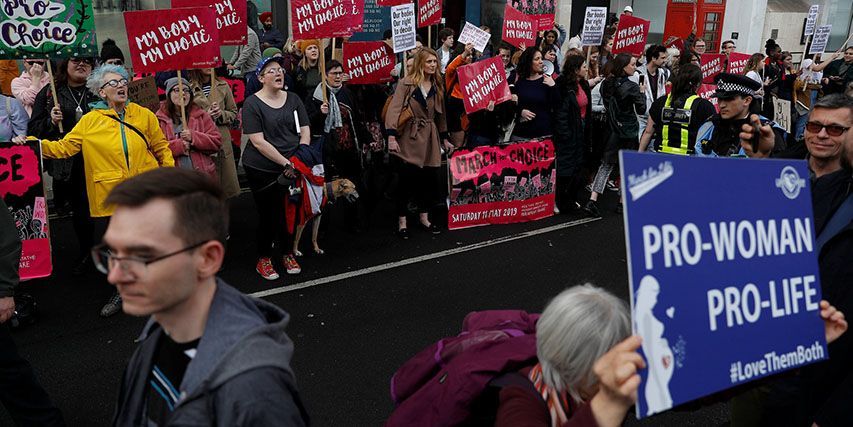 Warnings have been issued indicating that the number of children aborted for having Down’s syndrome is expected to soar due to the rollout of a new pre-natal testing programme from the Department of Health and Social Care.

Michael Robinson, SPUC Director of Communications said: “This programme which is designed to weed out and kill unborn children for having a disability is a barbaric form of discrimination which has no place in a civilized society. Each human deserves the basic right to life regardless of ability.”

Figures published in The Times covering the period from 2013 (before the NITP was introduced in some hospitals) to 2017, show that more women who have undergone the new testing go on to have abortions.

The abortion rate for unborn children diagnosed with Down’s syndrome is now expected to soar following the roll out of the new Government programme.

“The fears of the Down’s syndrome community are not unfounded”

Lynn Murray, spokesperson for disability right campaign, Don’t Screen Us Out said: “As a mother of a daughter who has Down’s syndrome, I see every day the unique value she brings to our family and the positive impact she has on others around her. Figures released earlier this year show that the fears of the Down’s syndrome community that rolling out these tests would lead to a large drop in the number of babies with Down’s syndrome were not unfounded.

“We are calling on the Government to halt the further roll-out of the tests on the NHS immediately and to undertake an urgent inquiry into the impact that these tests are having on birth numbers of babies with Down’s syndrome. There also needs to be greater support for parents who are expecting a child with Down’s syndrome.”

The 1967 Abortion Act permits abortion until birth if a baby is suspected of having a foetal anomaly. Earlier this year, SPUC reported on how the number of late term abortions carried out past 24 week’s gestation on UK children with Down’s syndrome have doubled in the past 10 years.

SPUC’s Michael Robinson said: “The UK’s current law allows unborn children who are suspected of possessing a foetal anomaly such as Down’s syndrome to be aborted until birth. As a result, the vast majority of children with Down’s syndrome are killed in the womb and never allowed their shot at life.

“The nationwide roll-out of a new NITP programme sends a strong message that those with disability are to be weeded out and exterminated. It is hardly surprising that many in the Down’s syndrome community feel as though the UK’s current laws make them feel as though they shouldn’t exist.“We urge the government to halt this new programme and re-evaluate the impact the such tests could have upon the Down’s syndrome community.”