15.000 people March for Life in The Netherlands 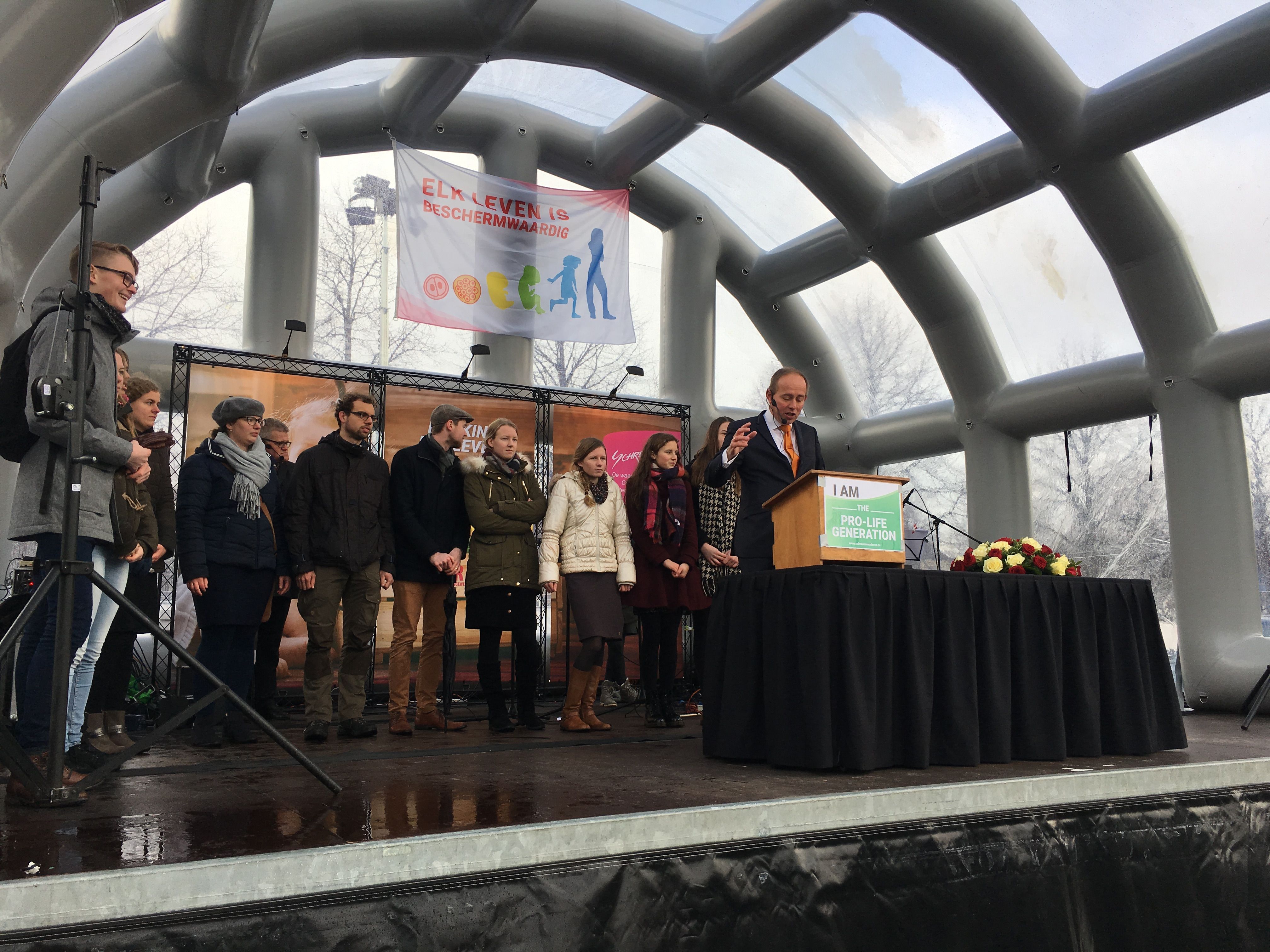 15.000 people marched for Life last Saturday in The Hague, the administrative capital of the Netherlands. Theme for the March for Life this year, which was held for the 25th time: When did your heart start beating?

Around 11.00 o’clock in the morning thousands of participants gathered at the Malieveld in The Hague, where the program started with the interventions of Kees van der Staaij (MP of the political party SGP) and Gert-Jan Segers (leader of the governmental party ChristenUnie) .

In addition, Peter Smith addressed the public. He spoke about the UN’s motives for turning abortion in a human right, and how this would absolutely be wrong.

A moving testimony was given by Deborah. With her child on her arm, she told how she considered to undergo an abortion of her third child, and eventually chose life. Because of Cry for Life (the organization, which organizes the March for Life). The March for Life itself was quiet and respectful. This time authorities did not allow the crowd of people to march straight through the center, but they went past it. Passing the central station of the Hague on the way.

On the Malieveld there were 3100 pink and blue flags, as a symbol for 31,000 abortions per year. ‘Abortion stops a beating heart, 31.000 times a year’, one could read on the banner above a monument, created by a pro-life artist. At the monument people could leave flowers that they brought with them from home. For all lifes lost in abortion and euthanasia.

The number of participants of the March compared to last year has tripled this year. In 2016, 5,000 people participated in the March for Life, the year before that it was 2,000. Participants came with over 70 busses to The Hague.

Many media communication were present at the March and covered it. Indeed, it seemed the media could not ignore this support to the life defense and protection in The Netherlands anymore, after the big success of this year edition of the March.